We went to Wisconsin on Thursday to see Uncle Jared’s baseball tournament. It was being held at Concordia University Wisconsin. 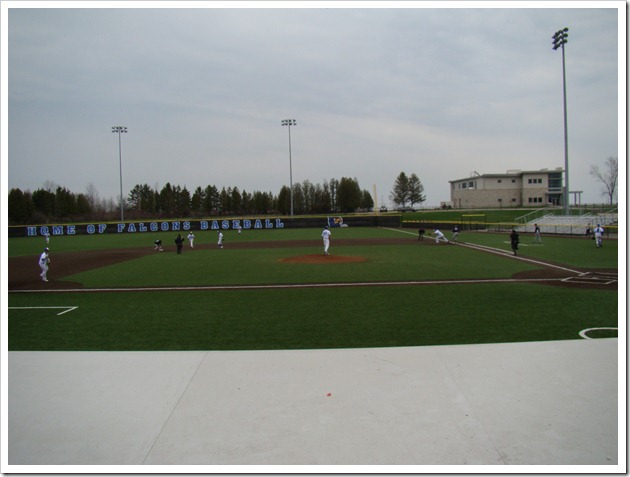 Due to heavy traffic and construction, we arrived a few innings late to the first game. Jared wasn’t pitching, but here is his team on the field (the white and blue team). He plays for Aurora University. 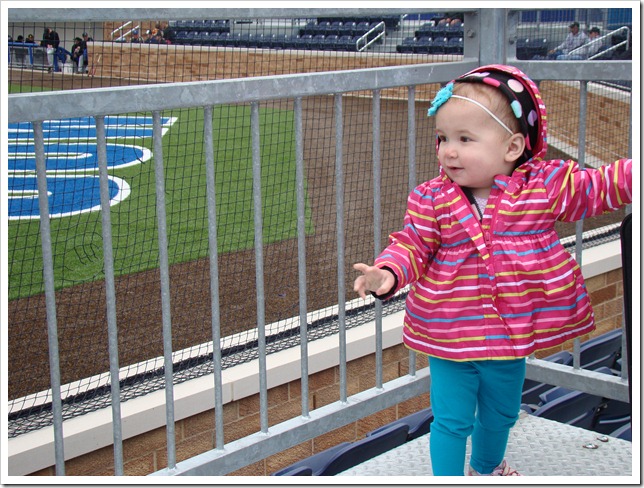 I spent a lot of the game running around.

I was being such a goofy girl.

And of course I had to explore everything on the ground. 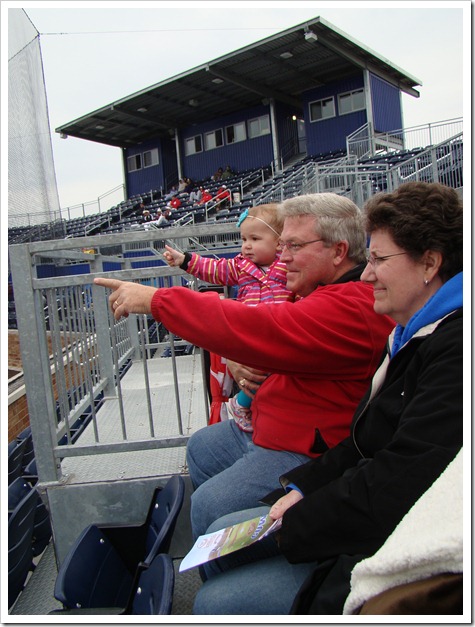 By the end of the game it was 50 degrees and raining pretty heavily. Not ideal baseball conditions. Jared’s team won, though, 1-0! Yay! After this we went back to the motor home to warm up and have good night of sleep. 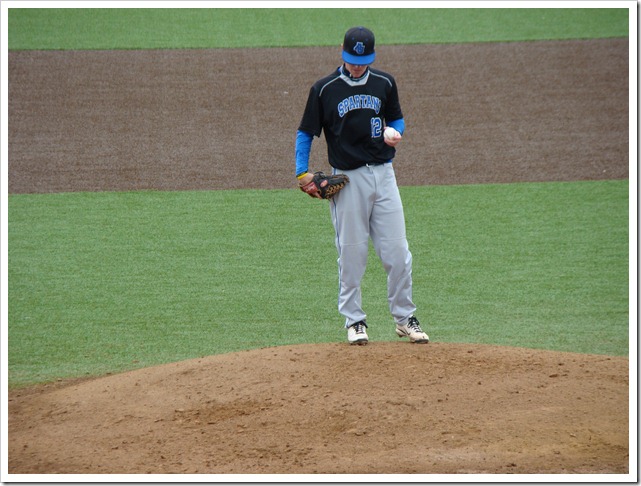 Uncle Jared’s next game was on Friday at 4:30, and he was pitching!

Uncle Jared did a great job of pitching!

I made it through the first inning of the game. It was 43 degrees and windy, so it was much too cold for me. Mommy and I spent the rest of the game across the street in the lobby of a dorm. We were really bummed we couldn’t watch the rest of the game, but we did get to talk to some nice college students who thought I was pretty darn cute.

The team’s defense had some major errors, so despite Jared’s great pitching, they lost 5-1. He still came out after the game to give me a kiss and get a picture.

Mommy and Uncle Jared had to get a picture, too. Since Aurora University lost, they had another game about 20 minutes after this one to determine if they would stay in the tournament. Mommy and I went back to the motor home so I could go to bed. Unfortunately, they lost their second game. Bummer! Uncle Jared is only a junior, though, so he’ll have his senior year to win this tournament!