Merry Christmas everyone! I was so excited for a fun day of opening presents! And Henry was excited for his first Christmas! 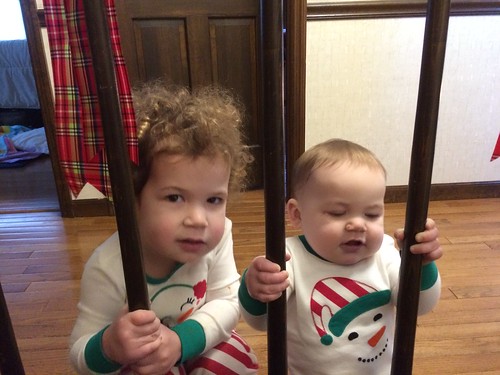 Unfortunately we had to wait 30 minutes for all of the slow pokes to wake up. We waited at the top of the stairs because we didn’t want to ruin the surprises from Santa. I wasn’t amused. 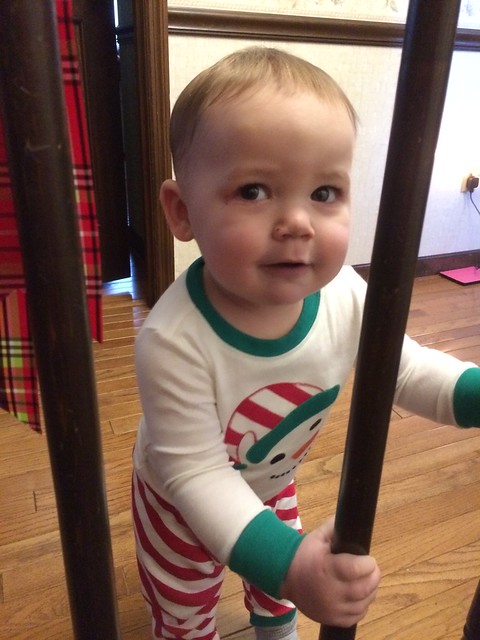 Henry wasn’t too amused at first… 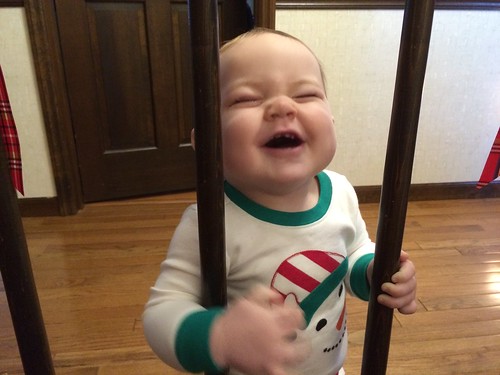 But he found ways to entertain himself. 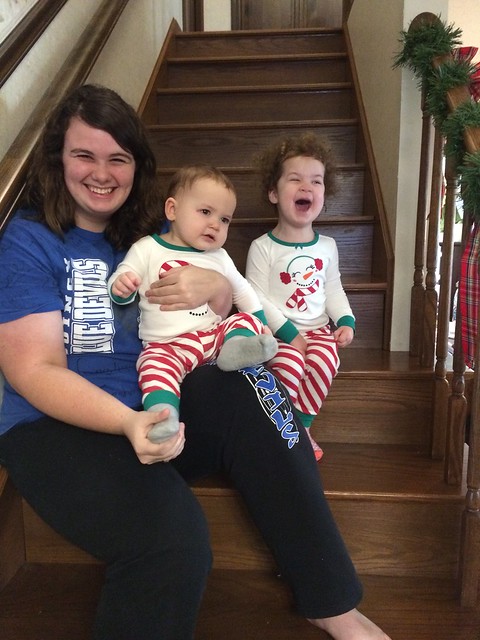 We took our annual “waiting on the stairs” picture. I had a hard time hiding my excitement. 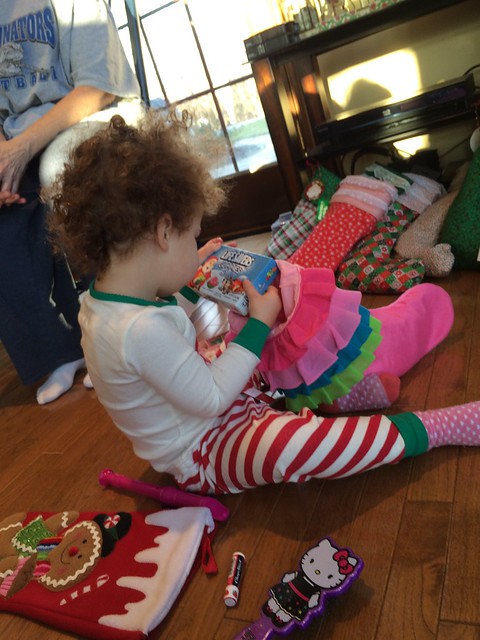 When we went downstairs, we found out that Santa had eaten our cookies. He left us a note to thank us, and to let us know that his sleigh got a little heavy, so he left a few presents for us at home. We opened stockings right after this! 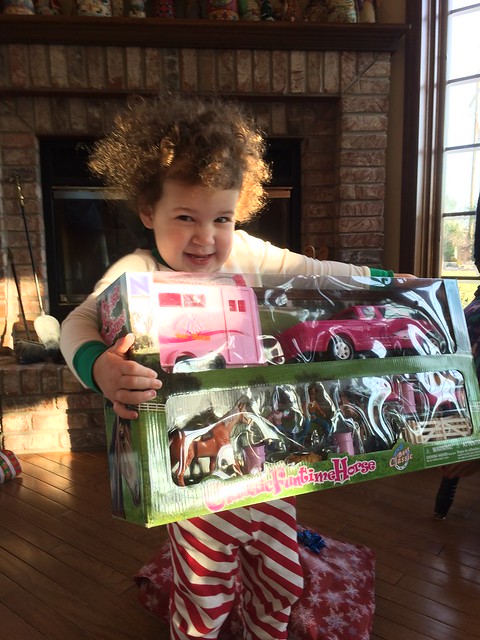 Then I got to work on opening presents. Thanks Great Grandma and Grandpa for the awesome horse trailer set! 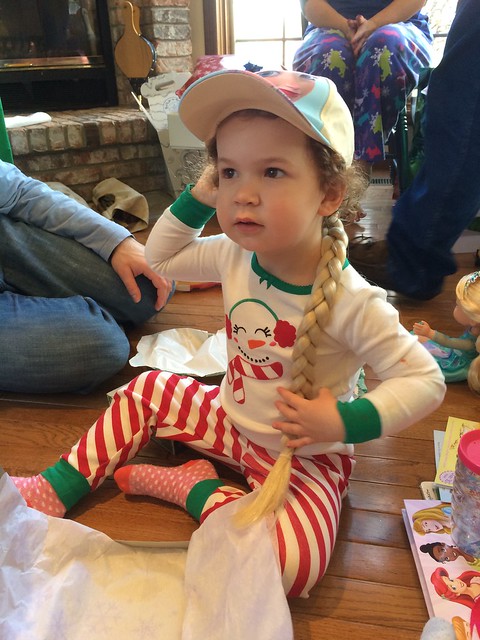 Then I opened a beautiful Elsa hat. 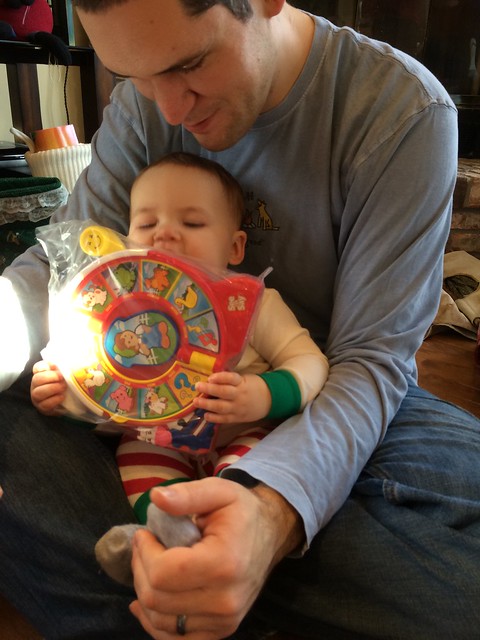 Henry took a turn to open (and eat) some presents. 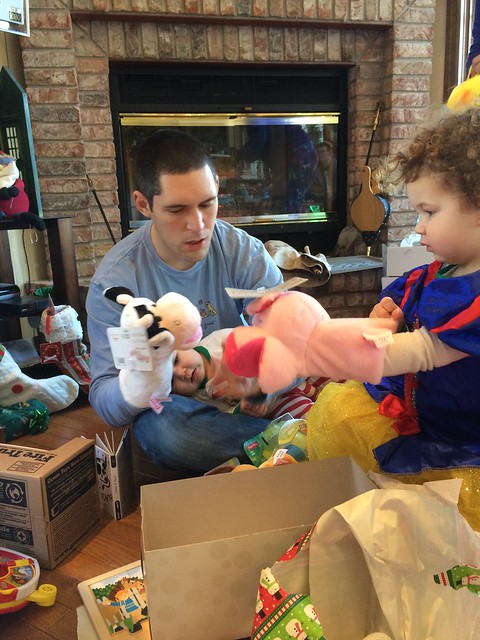 He got some fun puppets. He didn’t seem excited enough, so I quickly commandeered most of his presents. 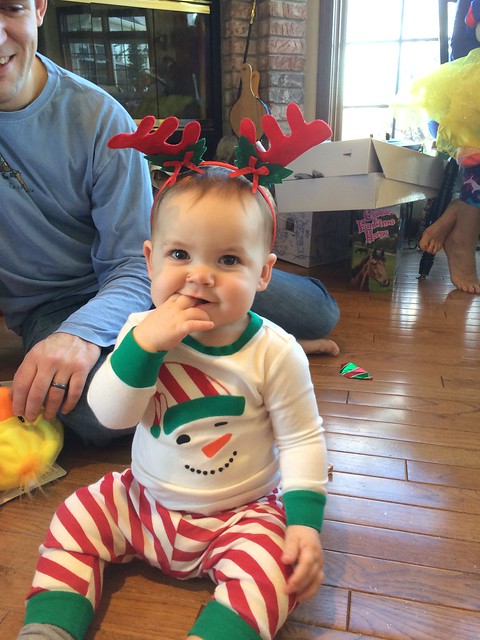 We got some pictures of Henry in the antlers that I wore for my first Christmas. 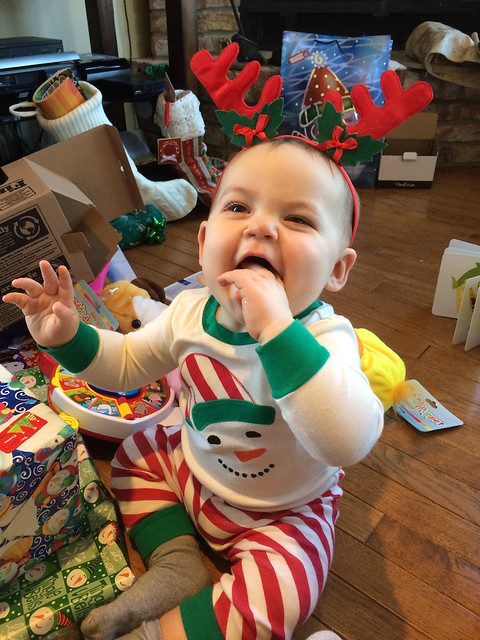 What a cute reindeer! 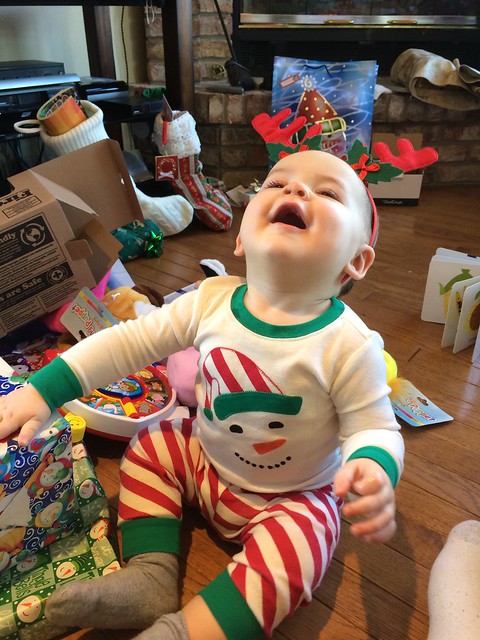 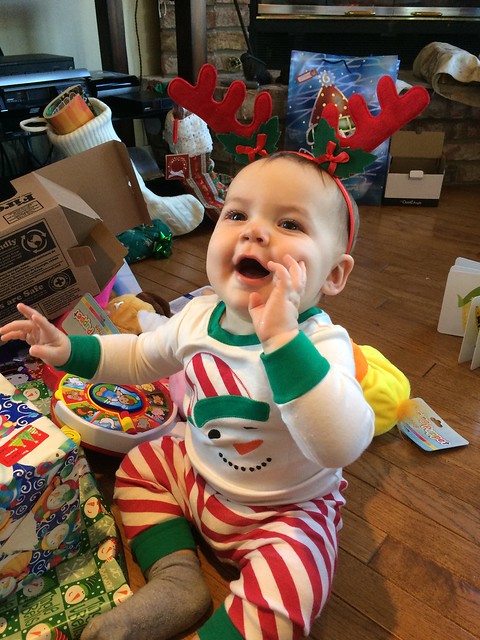 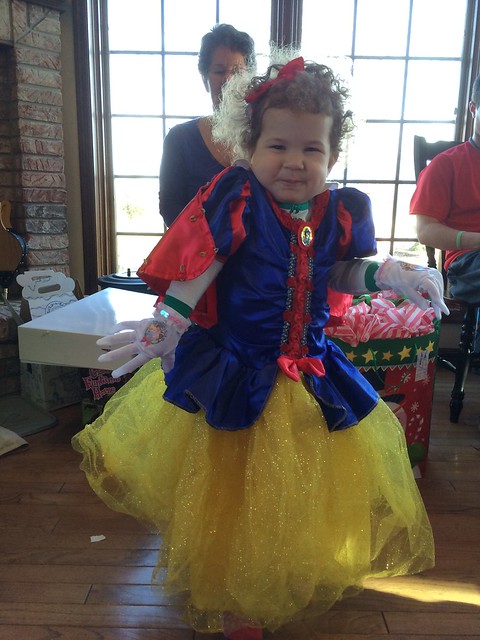 Then I opened the most beautiful dress that I’ve ever seen. I’m Princess Snow White! 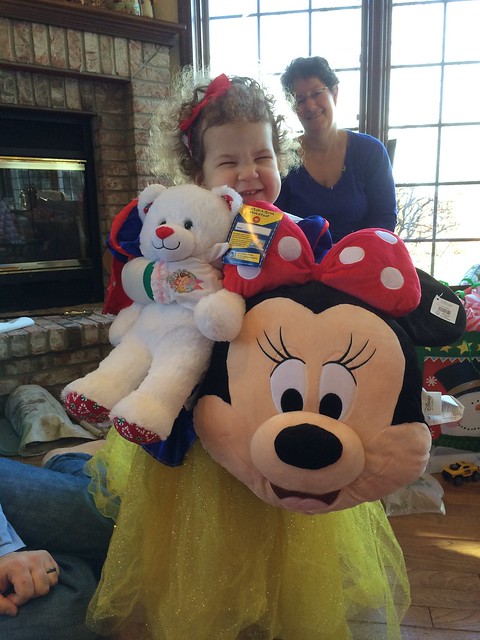 And then I opened up a Build-A-Bear from Uncle Jared and a Minnie Mouse from Uncle Jeff. I was thrilled! 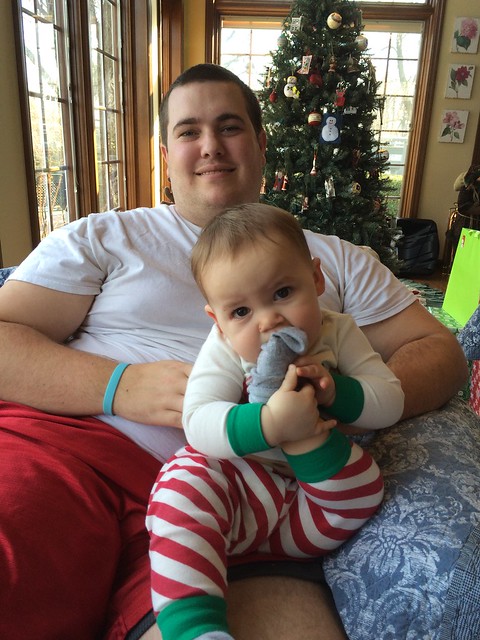 Henry spent some time with Uncle Jeff. He seemed slightly more interested in his sock. 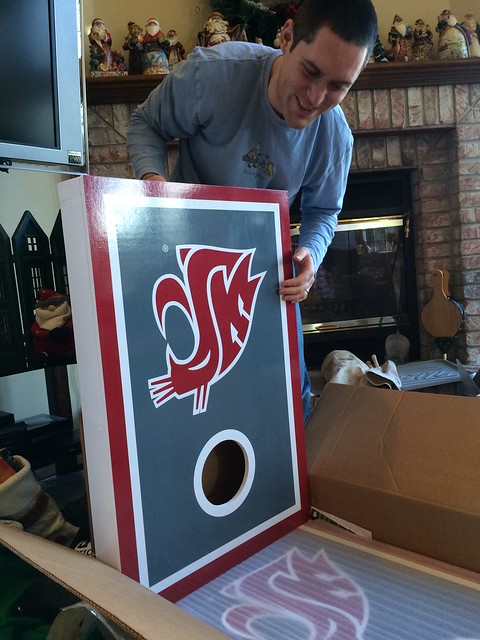 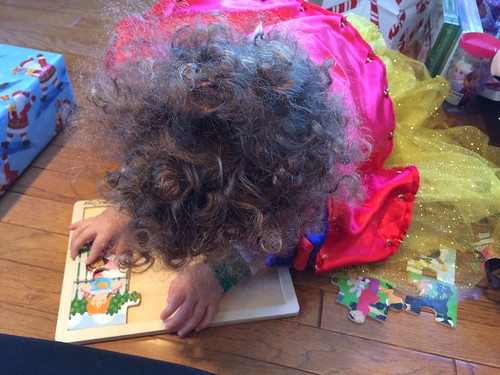 While the adults opened their presents, I did this puzzle from Na Na and Ba Ba three times. I love it! 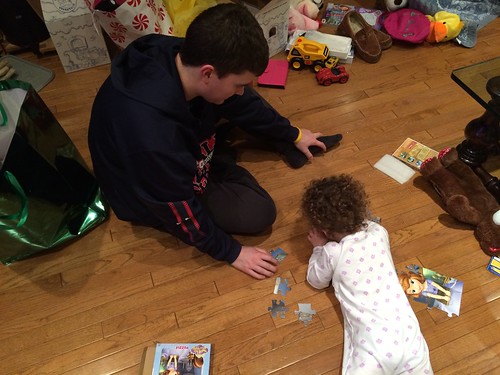 We played with our toys for the rest of the day! My last request of the night was to do another puzzle with Uncle Jared. After we went to bed, the adults watched a movie. What a great Christmas! Merry Christmas everyone!