I was so excited to turn seven! Unfortunately I was hit with a stomach bug a couple of days before my birthday and it lasted for five days.

On the morning of my birthday, I requested this birthday song, but as you can see, I just wasn’t feeling great after almost 48 hours of vomiting. 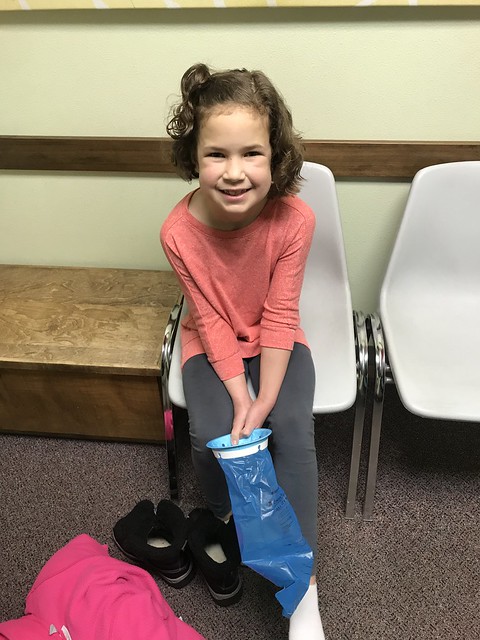 My morning was spent at the doctor’s office. They had some big concerns about dehydration, so they gave me Zofran to allow me to hydrate and to keep me out of the hospital. 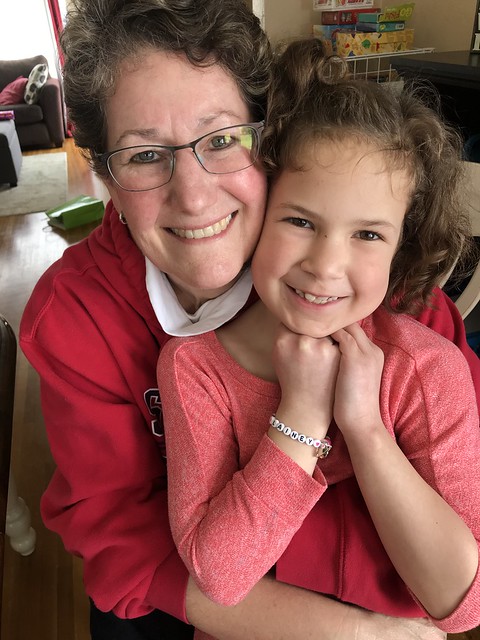 Zofran was a lifesaver!! Within 20 minutes, I perked up, stopped vomiting, and asked for a few sips of water. I was able to do a craft with Grandma. 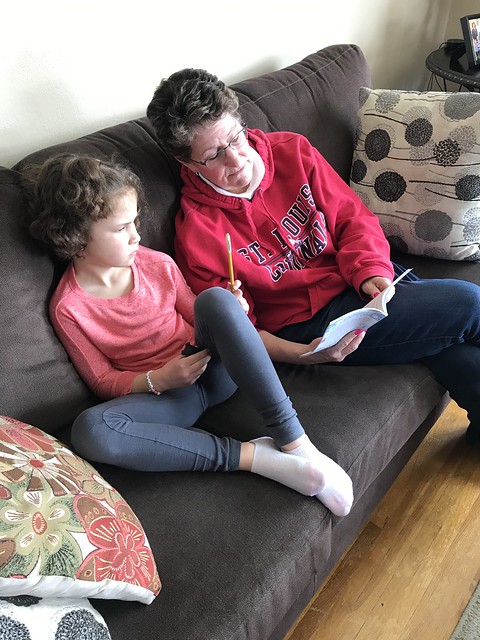 And read a book. 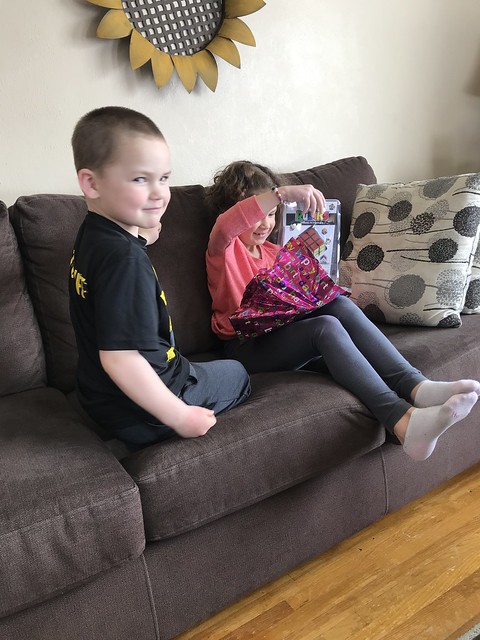 I didn’t want to even look at food, but I did want to open presents. Henry was really excited to give me this Rubik’s Cube that I’d requested. 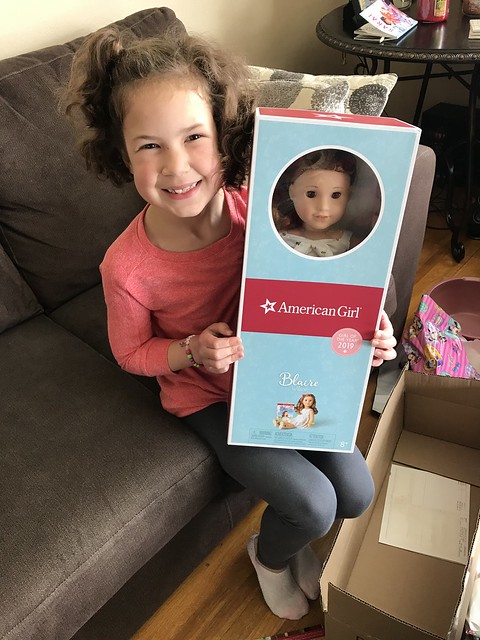 Gma and Gpa gave me this new American Girl doll. Thank you! 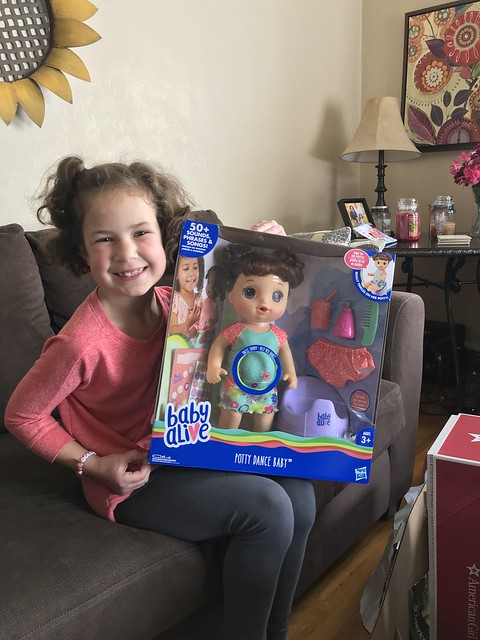 A Baby Alive doll from Grandma and Grandpa! 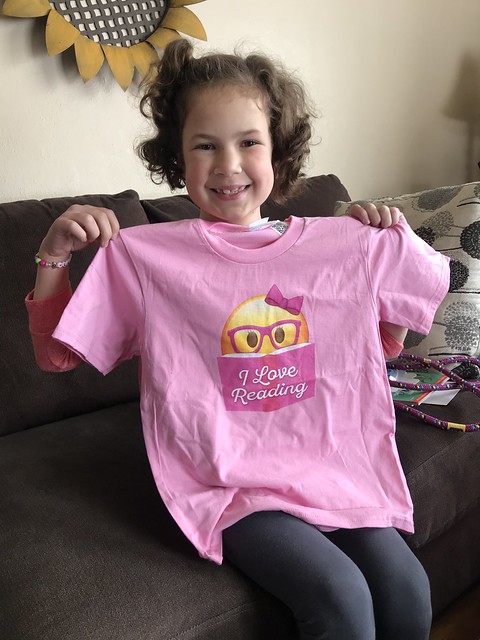 I have no idea who sent this shirt (there wasn’t a note in the package), but I love it! 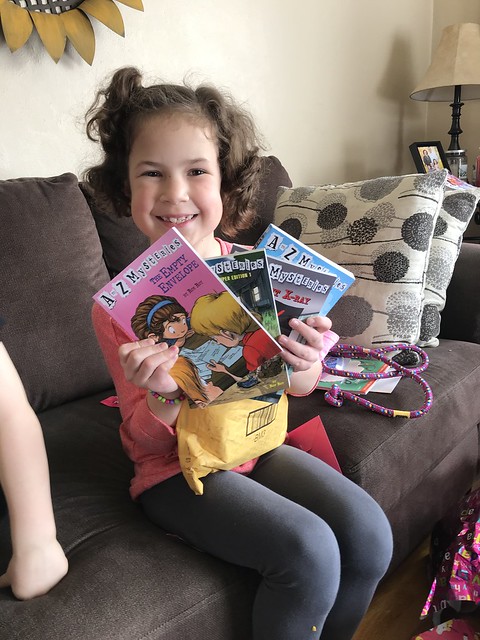 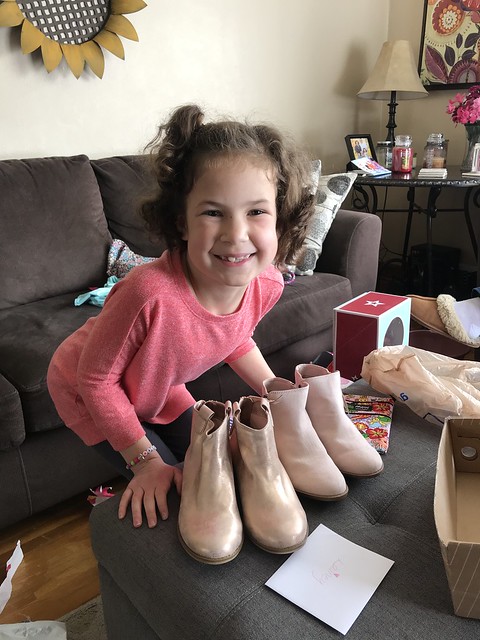 And boots from Na Na and Ba Ba. My favorite part about these boots is that they have a little heel. My first reaction when I opened them, “I’ve been wanting heels!!” 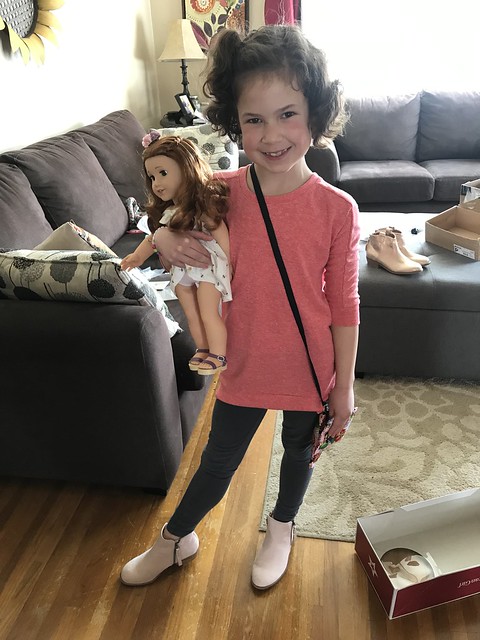 Mommy thinks I look SO OLD in this picture! 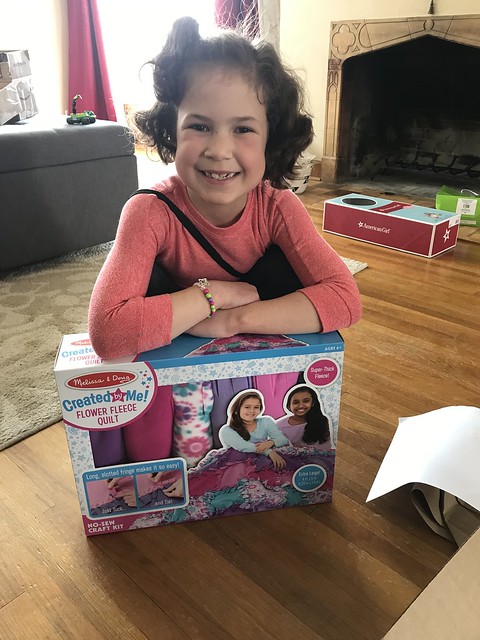 A great blanket-making kit from the Spotanskis! 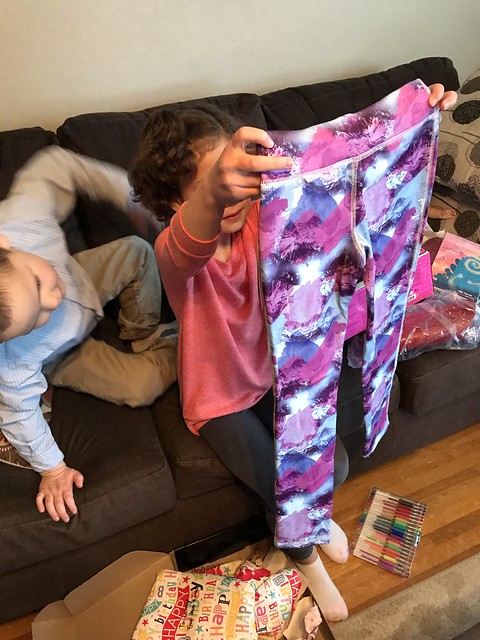 And new dance pants! After this, everyone ate a quick dinner and rushed off for the boys’ art show. I rested and started to feel much worse again as the medicine began to wear off. So I got a new dose and went to bed! 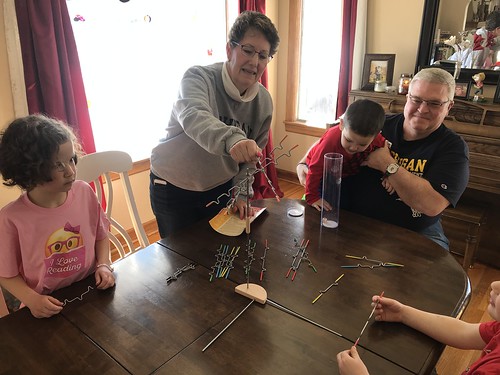 After yet another dose of medicine the next morning, I had enough pep in my step to play a new game I got for my birthday. 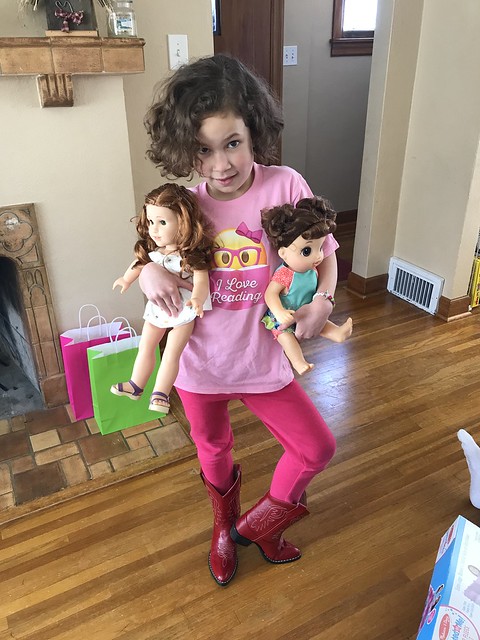 I asked Mommy to take this picture and label it, “Cowgirl Mama.” I’ve barely taken off these new cowgirl boots. I had some just like them when I was younger and I wore them until my toes were scrunched up inside. Mommy suspected I might like new ones, and I LOVE them! 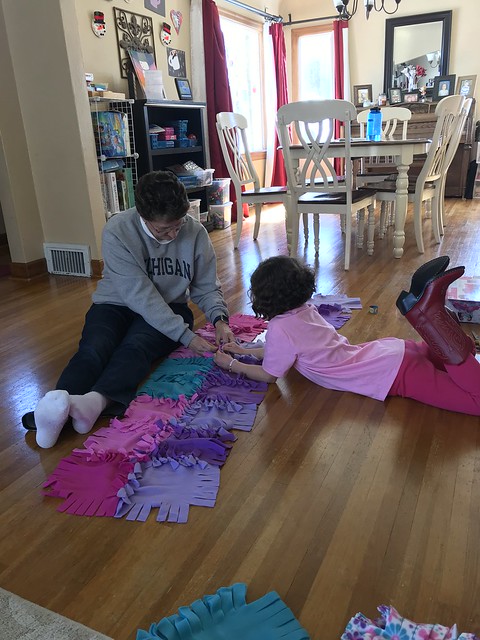 Grandma and I started working on my blanket. I love it! 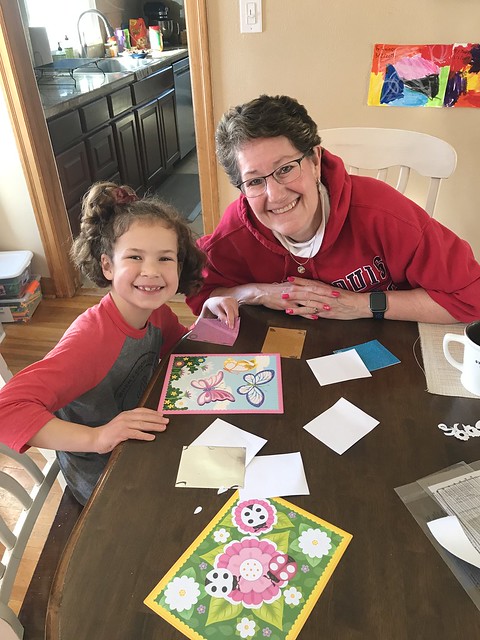 And finally, five days after the stomach bug started (and three days after my birthday), I woke up feeling better and hungry!!! We decided that it wouldn’t officially be March 8th until I was better, so on Monday, we officially celebrated me being seven! 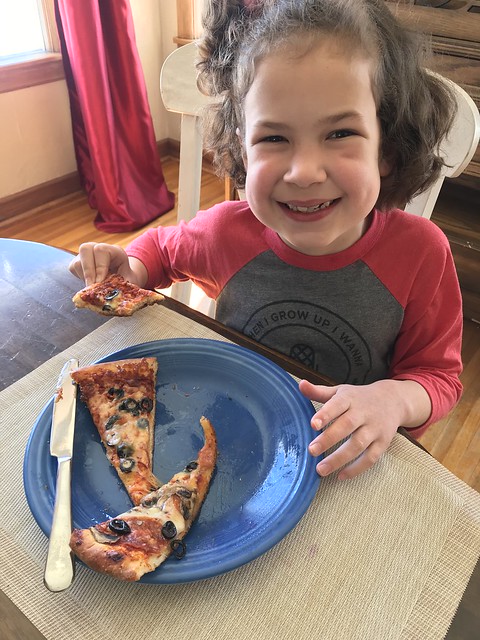 I lost seven pounds from not eating and vomiting (and weighed as much as Henry), so Mommy let me eat whatever I wanted whenever I wanted. 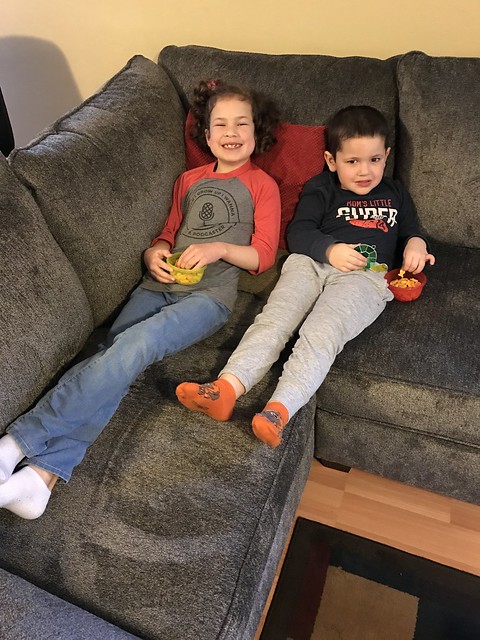 Brody and I got to watch a movie together while Henry was at preschool. 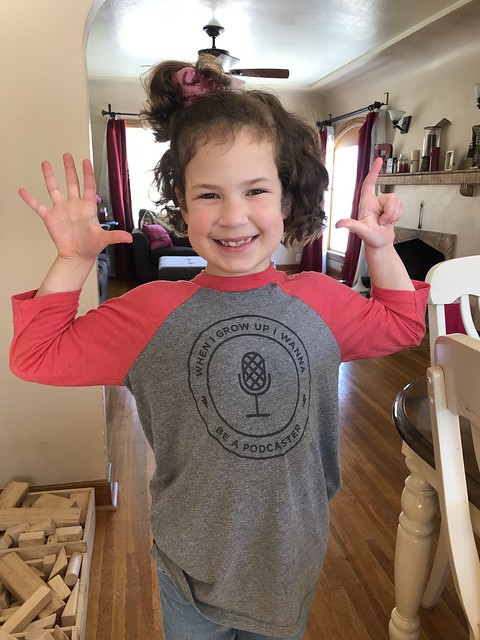 And I was proud to show how many fingers I can now put up. 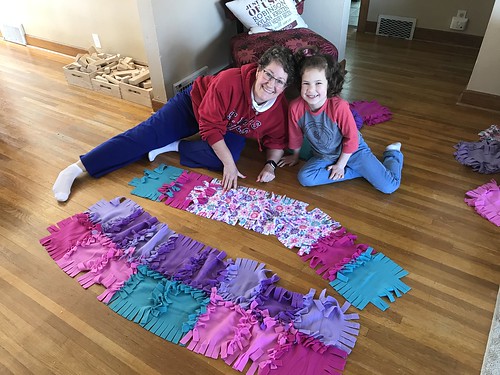 Coming along on the blanket. 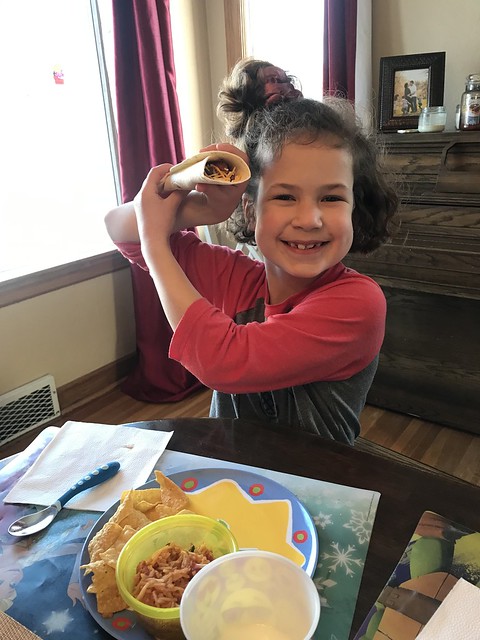 I finally got my requested birthday dinner of tacos. 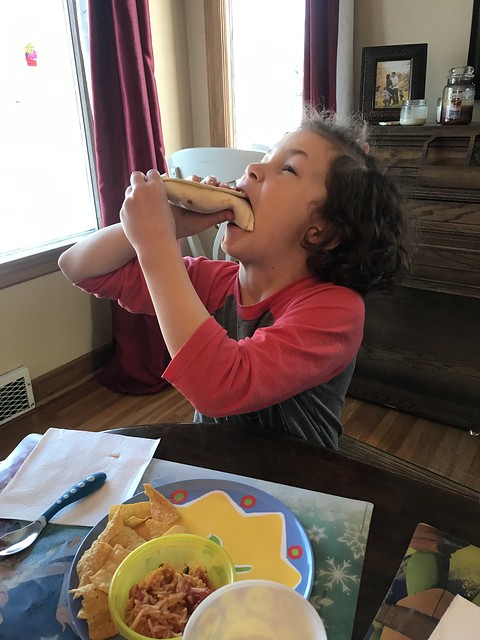 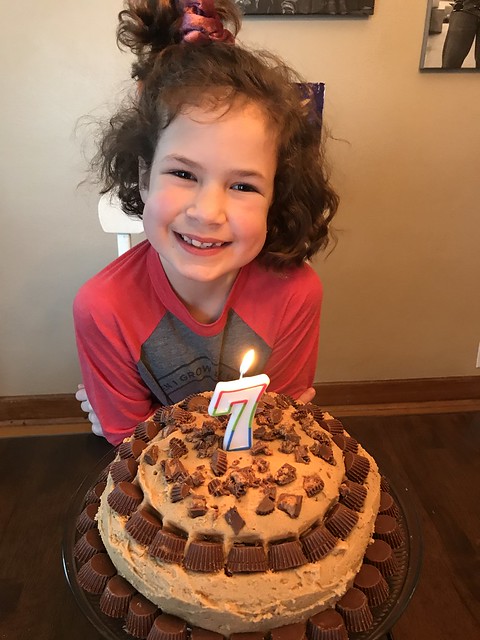 And I also got my yummy chocolate peanut butter cake. 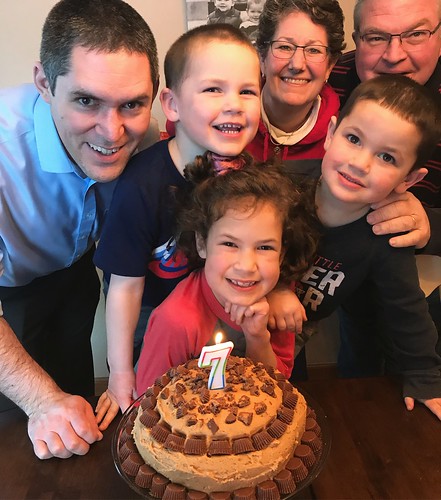 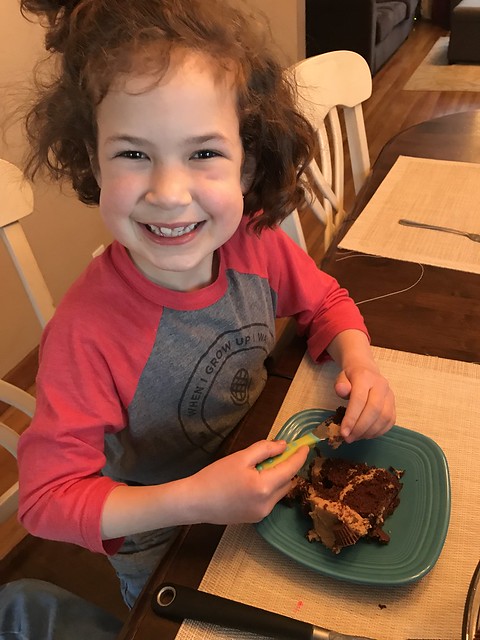 So happy to finally be seven!! (And also not to be sick anymore!)