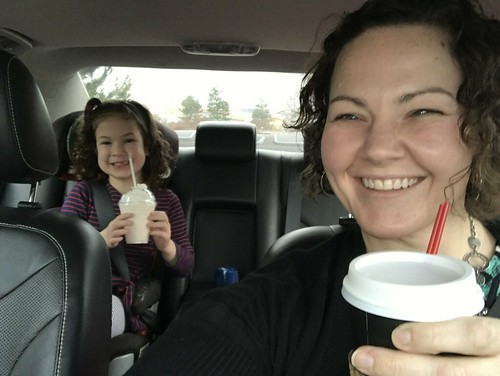 Mommy and I left early to drive to Spokane, and if it’s just us, our tradition is to stop for coffee! 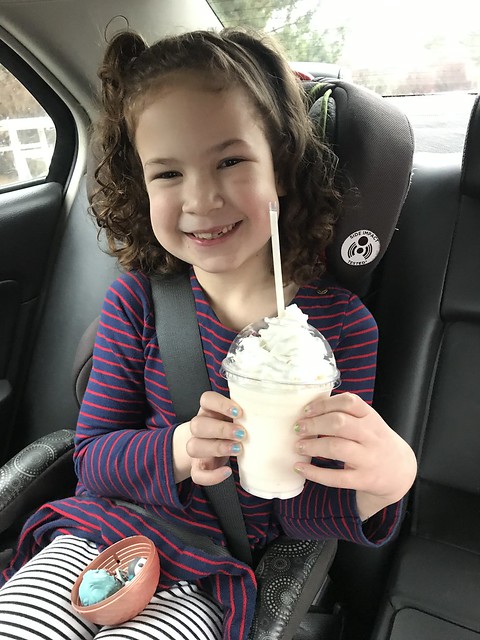 I had a peach smoothie with lots of whipped cream on top. Yum! 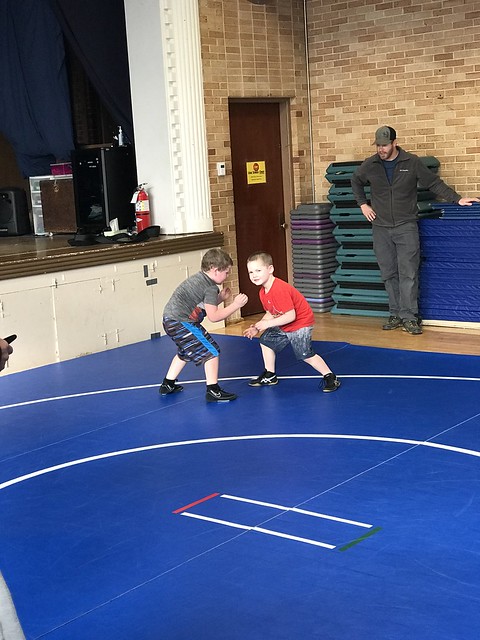 The boys started their day with Henry’s wrestling practice. 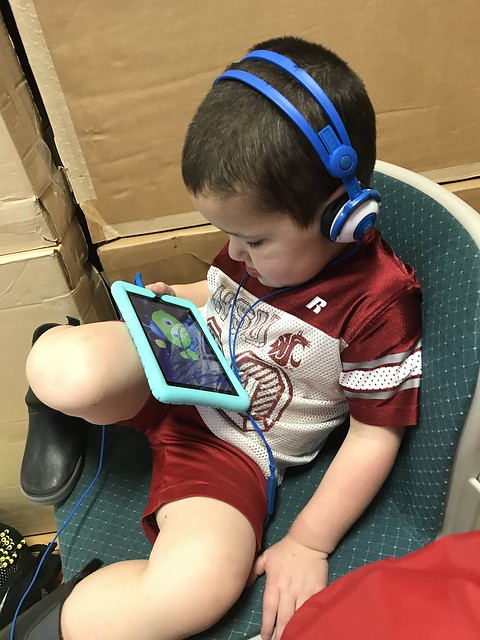 Brody put on his shorts because he thought he might want to play dodge ball with the wrestlers when it came to game time, but then he decided he was too scared and wanted to watch his show. 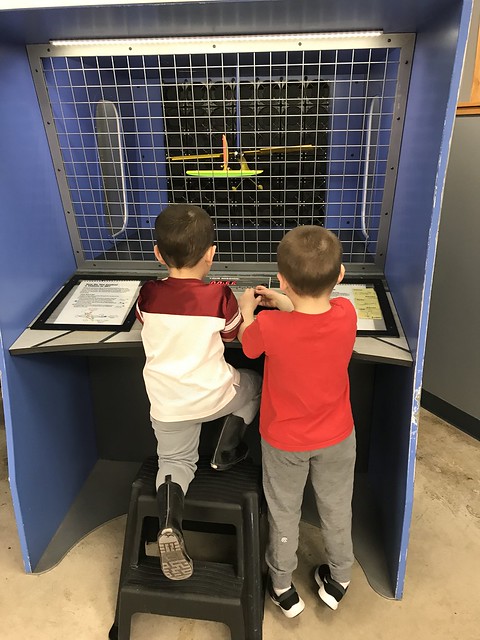 After wrestling, the boys went to the science center. 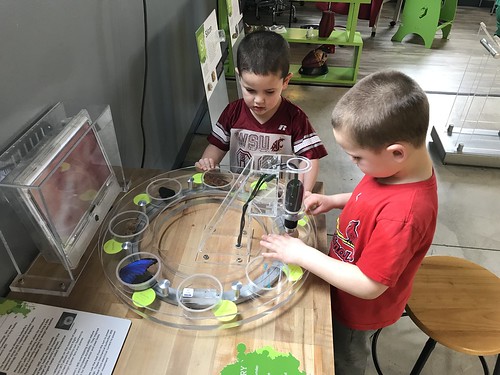 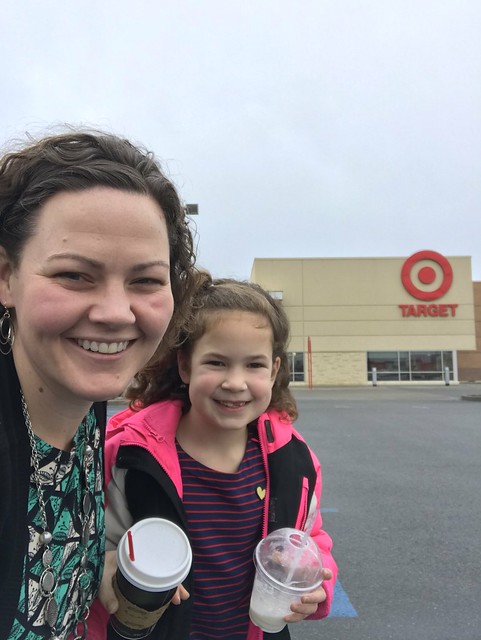 Mommy and I got to Spokane earlier than expected, so we naturally had to stop at Target. 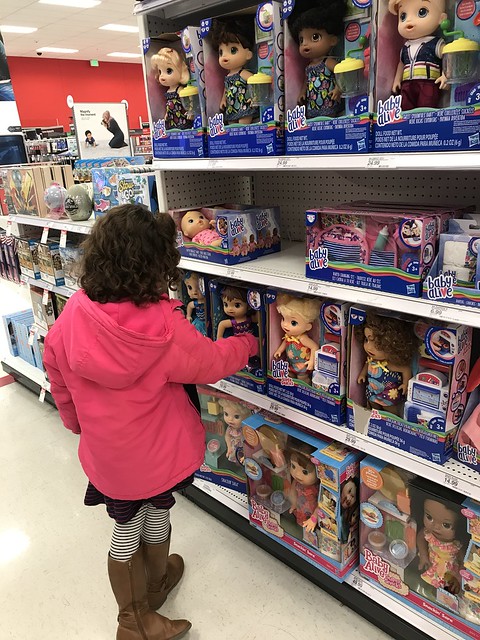 We initially planned on just browsing, so we didn’t grab a cart. 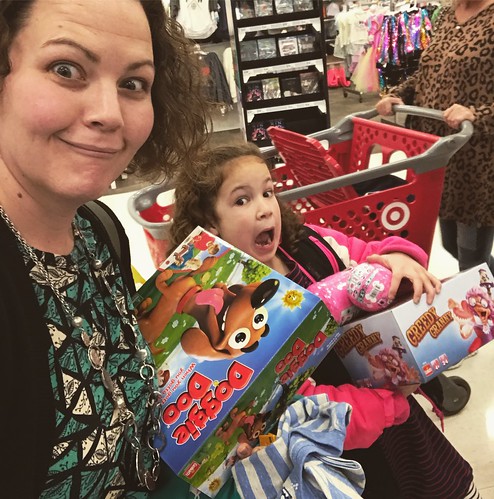 But then we found games for Brody’s birthday, clothes for me, clothes for Henry, and L.O.L. dolls I bought with my allowance. We quickly regretted having no cart. 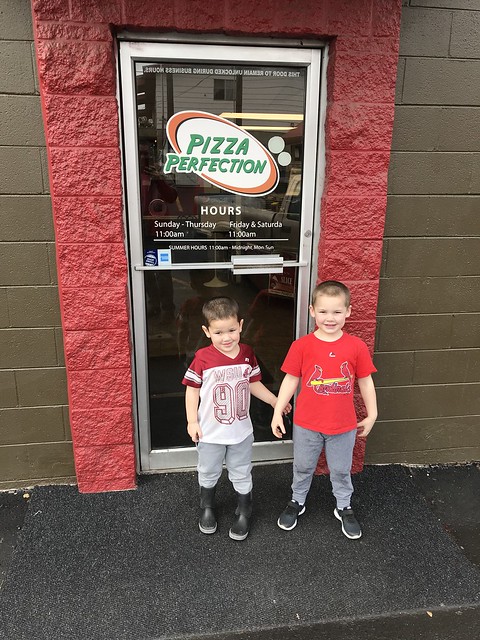 In October, Henry and Daddy swung by this pizza place in Moscow to grab dinner after one of his wrestling tournaments. Henry loved the one video game in there, so he’s been asking to go back ever since. Today was the day! 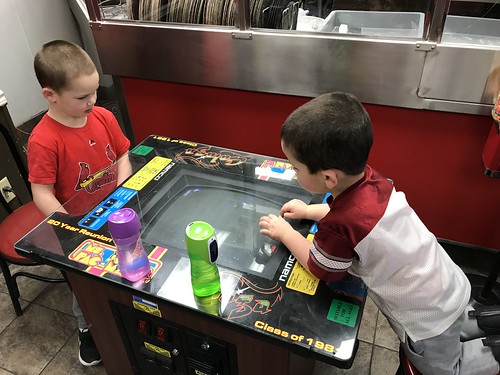 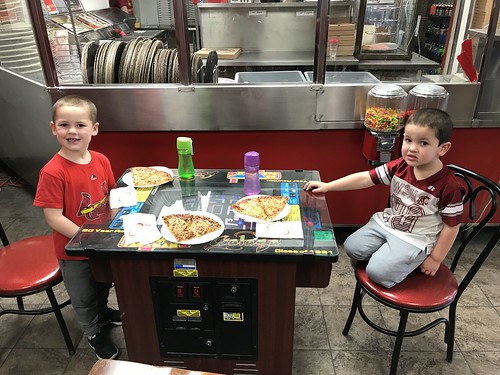 Doesn’t get much better than pizza and video games! After this the boys went home to watch a movie and play even more video games. Sounds like a perfect boys’ day! 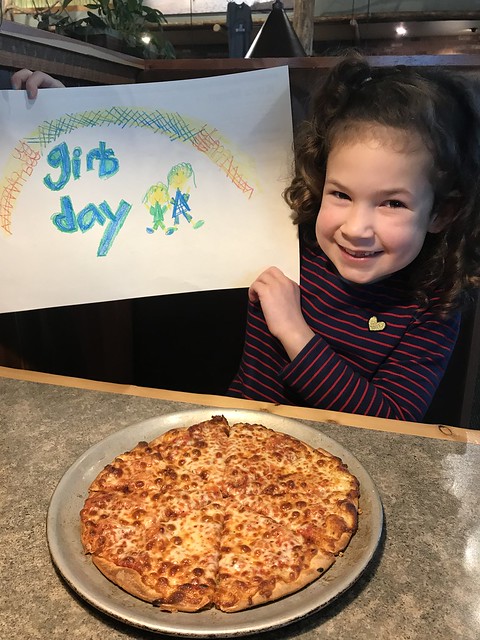 I also requested pizza for lunch, so we ended up at MacKenzie River Pizza. I drew the perfect sign for our day. 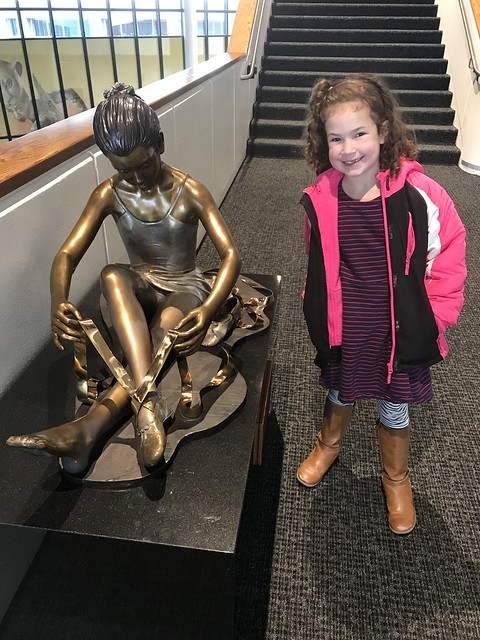 Then it was time to head to the First Interstate Center for the Arts for our big event (and my delayed Christmas present)…LION KING!! We were a little early, so we had time for me to request a picture with this beautiful ballerina. 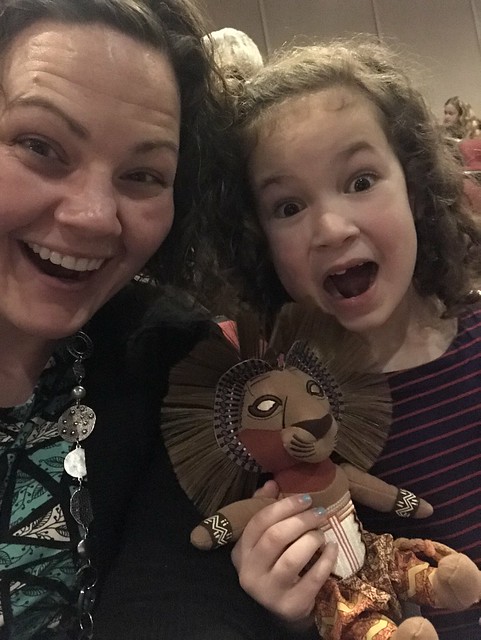 We also had time to buy an overpriced Simba, and we didn’t regret the purchase one bit! 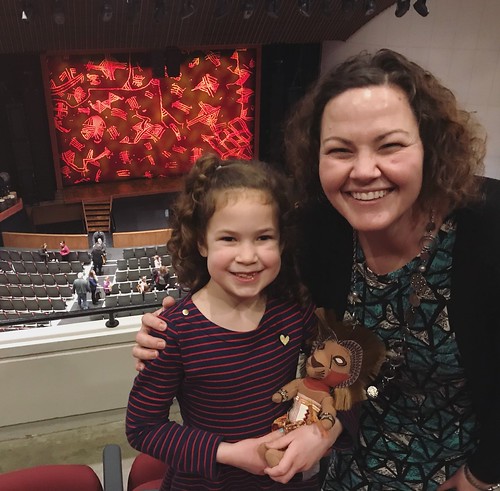 And finally at 2:00, it was show time! There are no words to describe how much we loved this show. Mommy cried happy tears in the beginning, a huge smile was on my face most of the time, and I was laughing really hard multiple times. It was INCREDIBLE!!! I said it was the best date I’ve ever had! And Mommy agrees! We want to bring the boys back to see it in a few years. After this we grabbed a quick dinner, and then drove home. Such a great day! 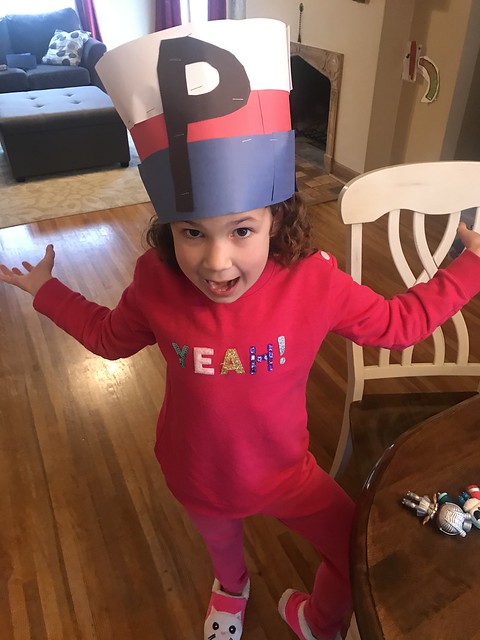 After church on Sunday, we made hats to support our chosen Super Bowl team. (We don’t have a huge preference between the teams, so us kids made our choice on which team sounded the coolest and the adults made their choice on who the underdog was.) I chose the Patriots. 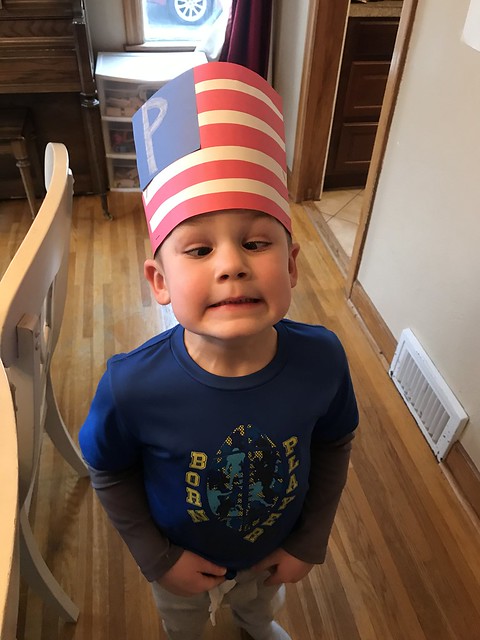 Henry also chose the Patriots. And is modeling his new skill of crossing his eyes. 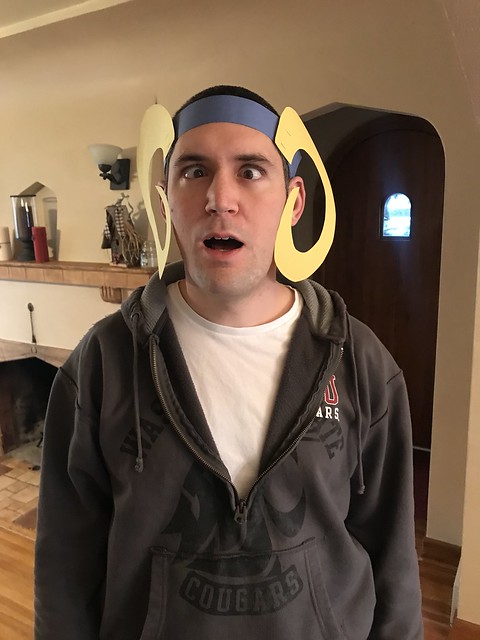 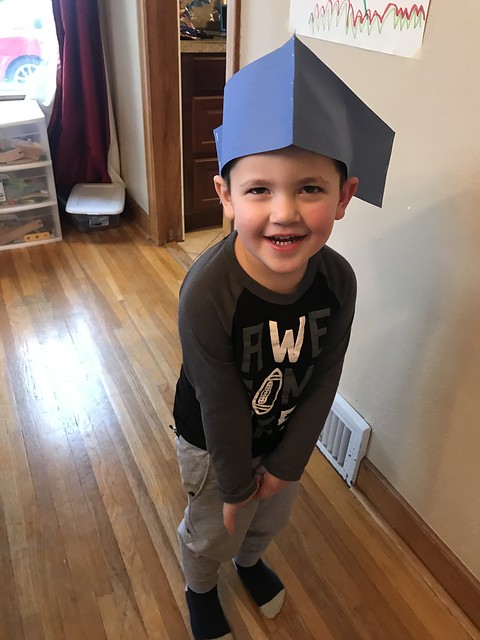 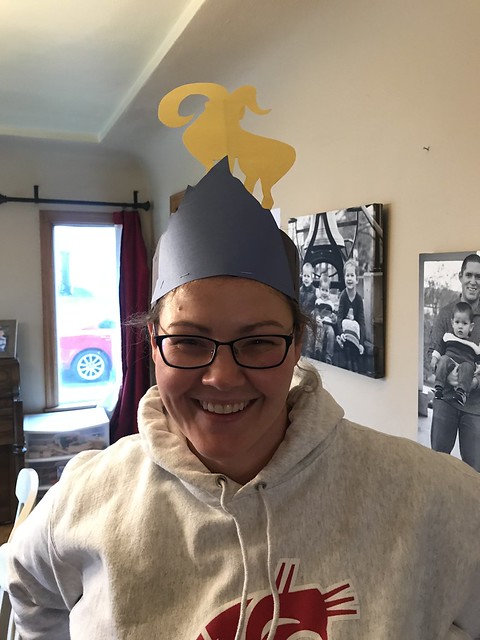 And Mommy chose the Rams. 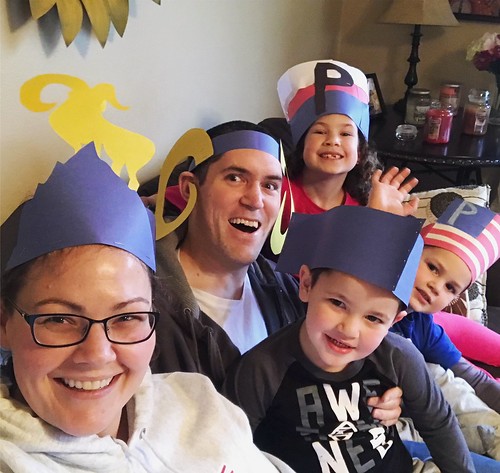 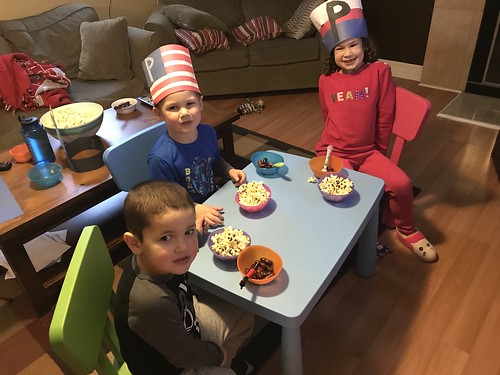 We had lots of yummy snacks for the game. 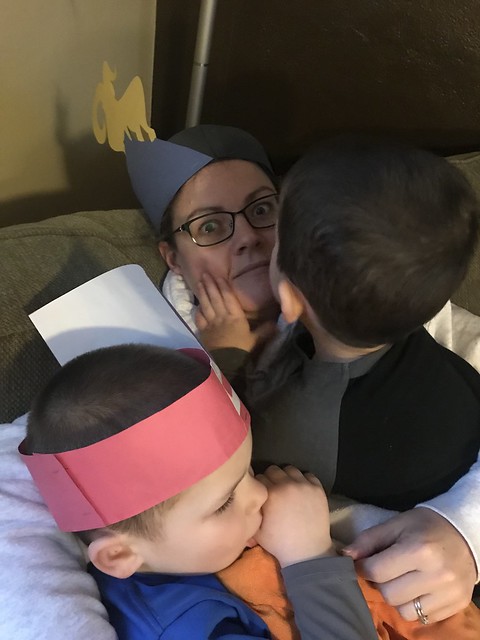 In between snacks, we made it really easy for Mommy and Daddy to watch the game. 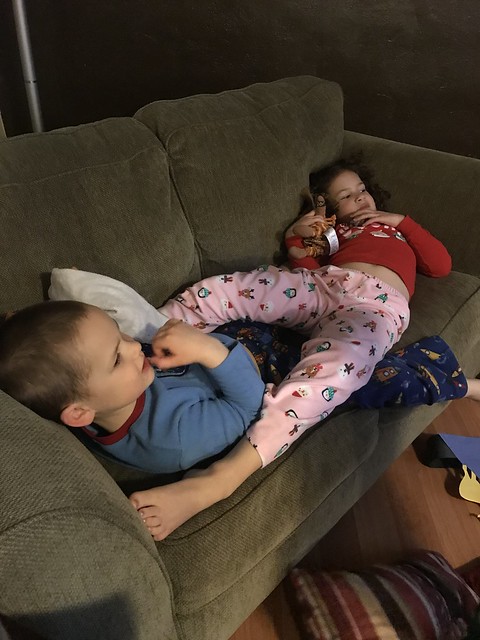 Getting comfy for the last quarter to cheer on the Patriots. 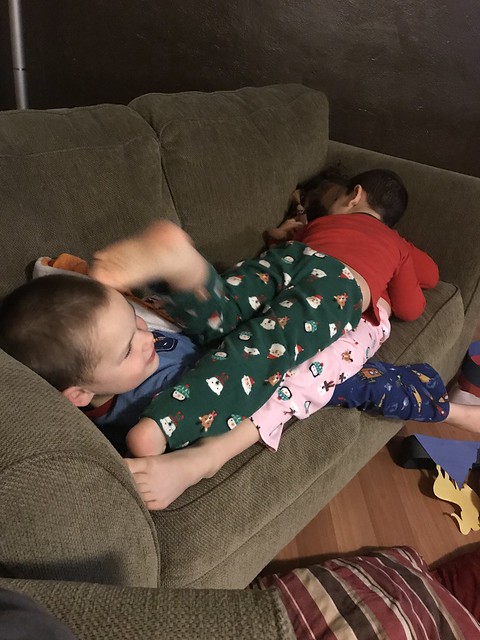 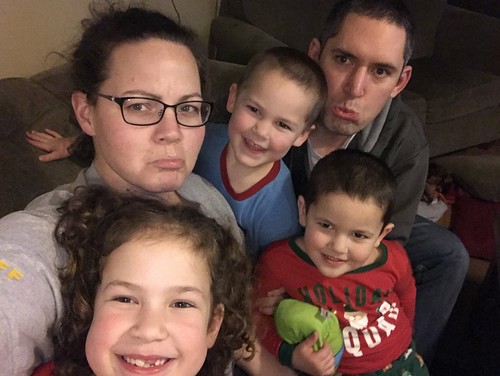 The game didn’t turn out how Mommy and Daddy wanted it to, but we were thrilled with the Patriots win!