We drove up to Spokane yesterday for a fun day at Monster Jam! Mommy and Daddy didn’t initially tell us what we were doing, though. We just knew we were headed up for a fun surprise. 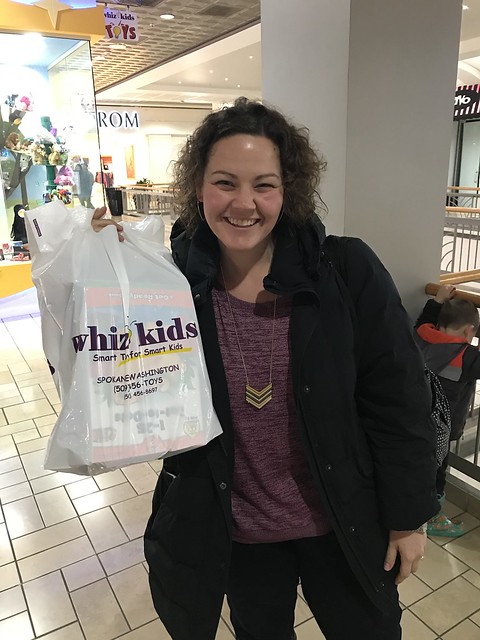 We stopped by Whiz Kids to get some fun new educational games. 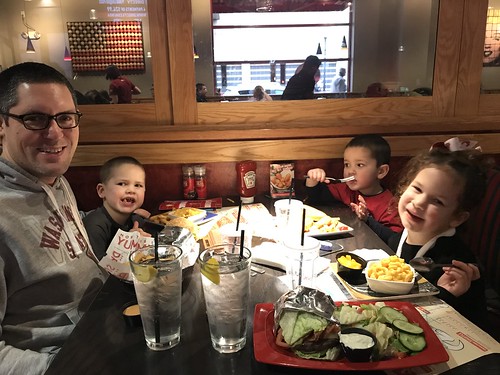 Next we went to Red Robin for a delicious lunch. This place is always a hit! 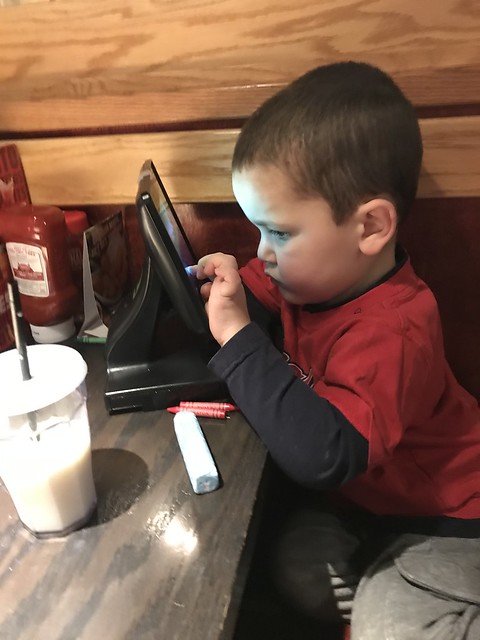 Brody managed to purchase a game to play while waiting at the table. Sneaky boy. (Fortunately our server took it off our bill.) 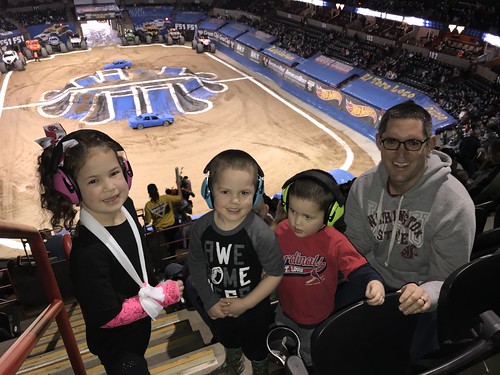 And then the big surprise! Monster Jam! I couldn’t believe it!!! 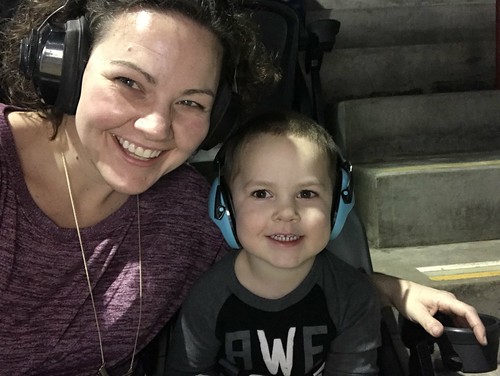 I barely moved from my seat the entire show because I was so entranced. 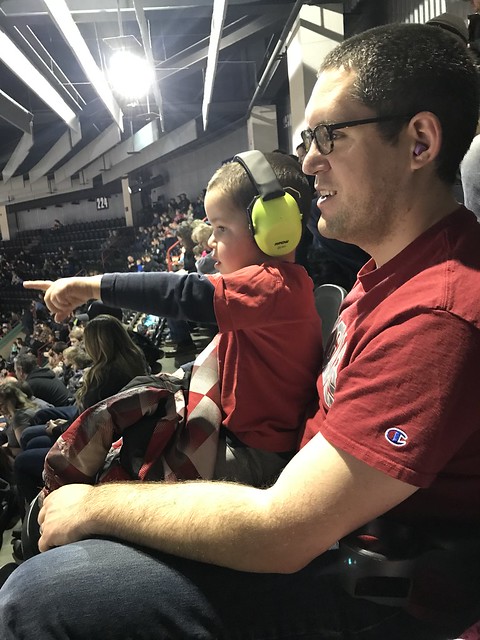 Brody enjoyed the show for awhile. 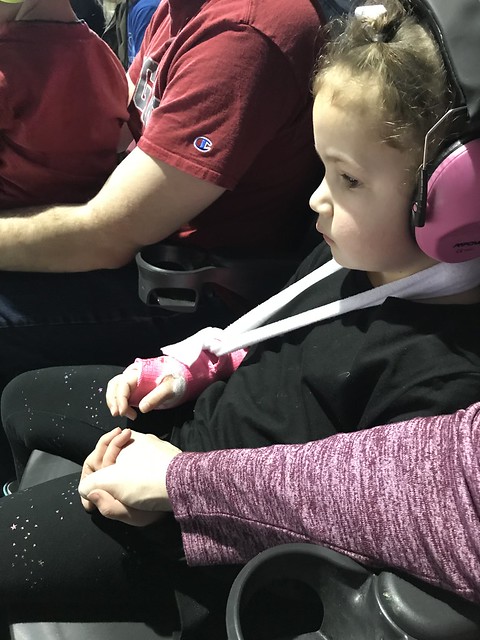 Lainey was initially a little nervous, so she wanted to hold Mommy’s hand. 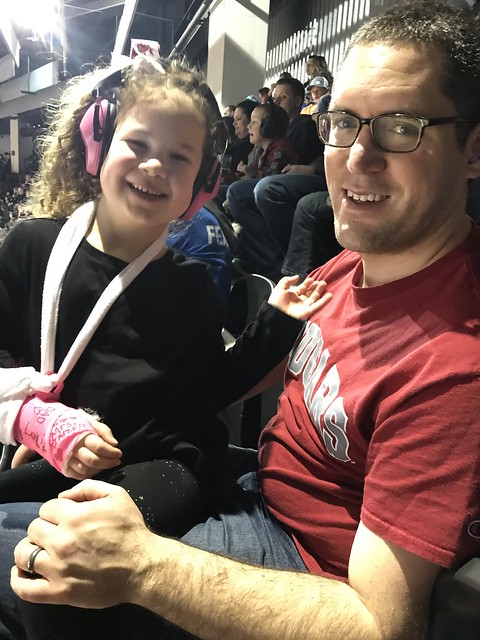 But she soon perked right up! 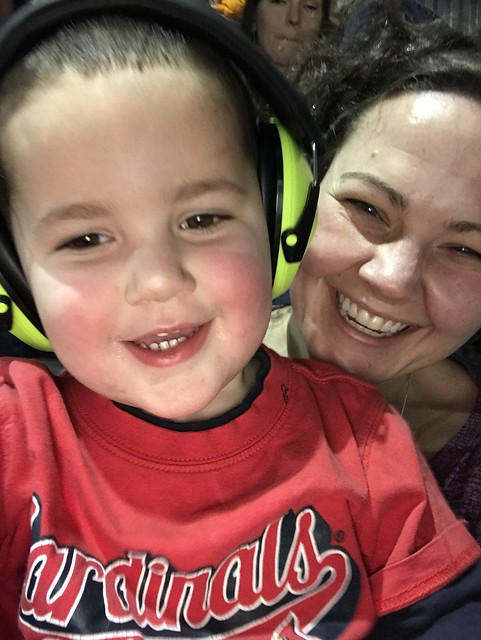 It wasn’t long before Brody got antsy and started moving all around. 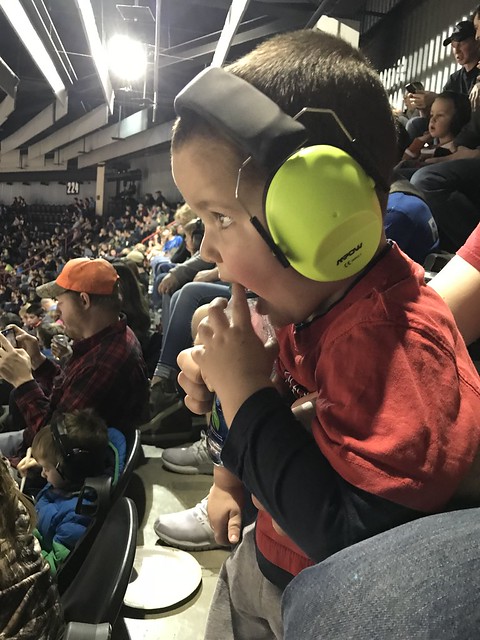 Then he spent quite some time sucking on a water bottle. (Whatever floats your boat, Brody. Just don’t ruin this show for us.)

We were surprised to see several trucks flip over (but the drivers were okay). 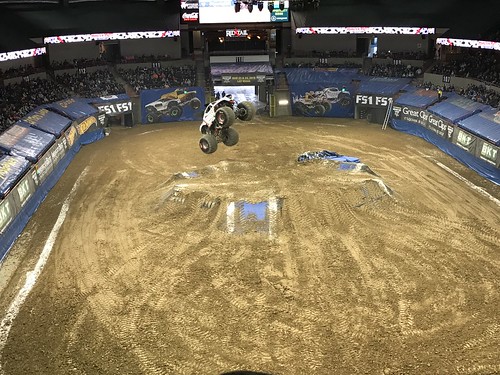 We don’t know a single thing about Monster Jam, so we were surprised by the amazing freestyle tricks at the end of the show. 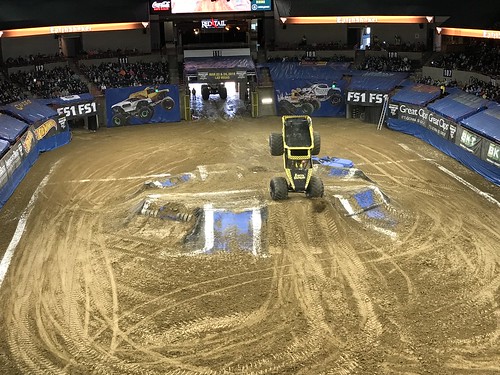 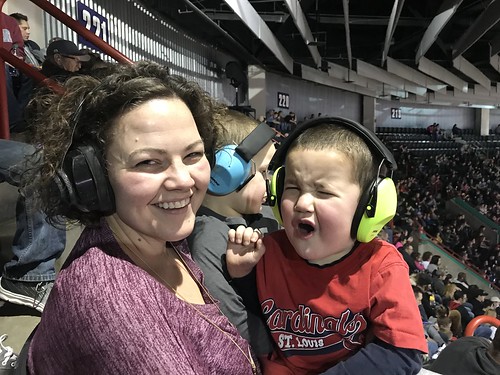 By this point in the show, Brody was sick of sitting still, he REALLY wanted to kick the guys in front of us, and he was done with his headphones. Rough life. 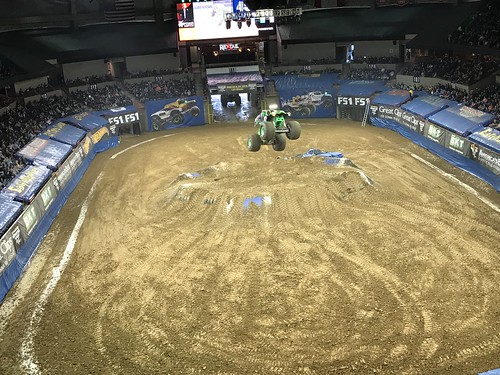 This was such a blast! And a really fun family day!