Happy Thanksgiving! We had a fantastic day celebrating with Grandma and Grandpa! 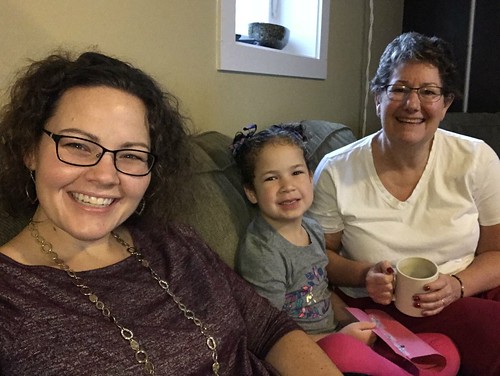 We started our morning by watching the parade on TV. 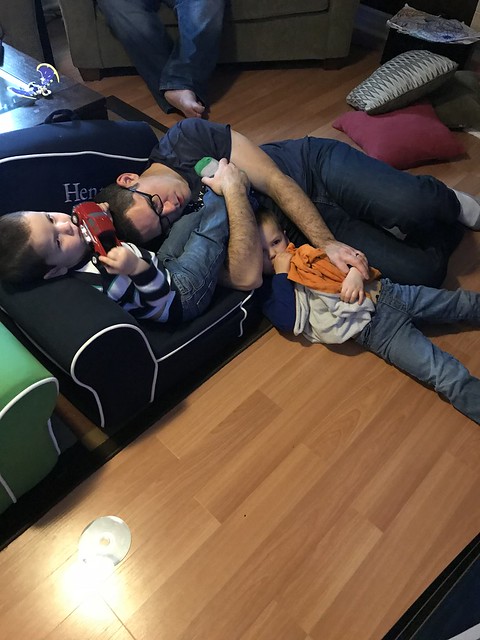 The boys watched in what appears to be the most uncomfortable position. 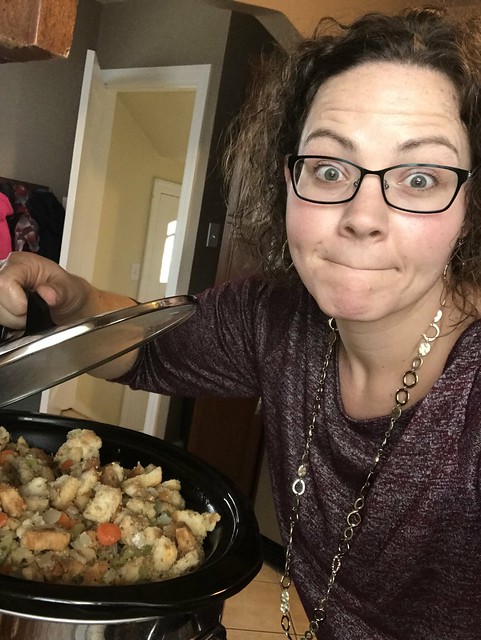 Mommy worked throughout the day to get dinner ready. Here’s the delicious stuffing going into the crockpot! 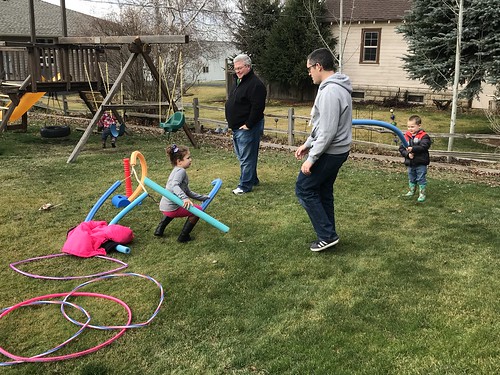 After watching the parade, we had to get outside or we were going to make Mommy crazy. 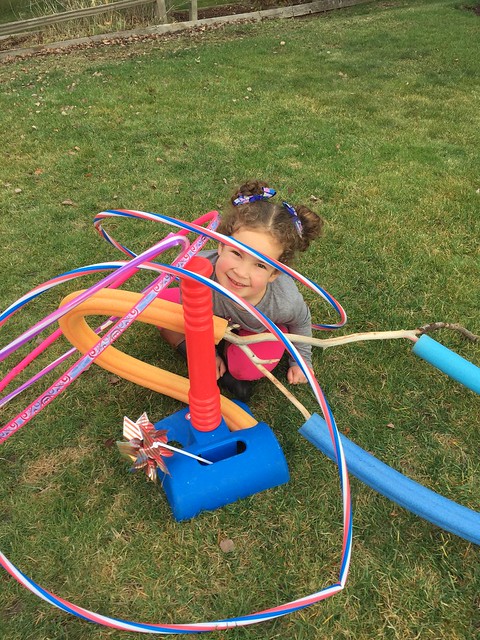 I had fun making different forts. 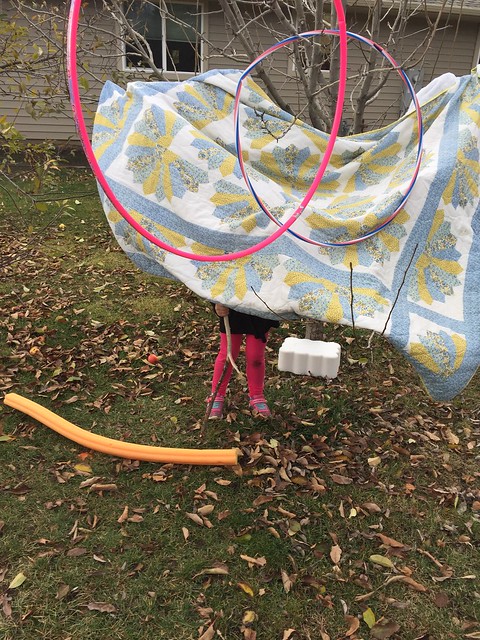 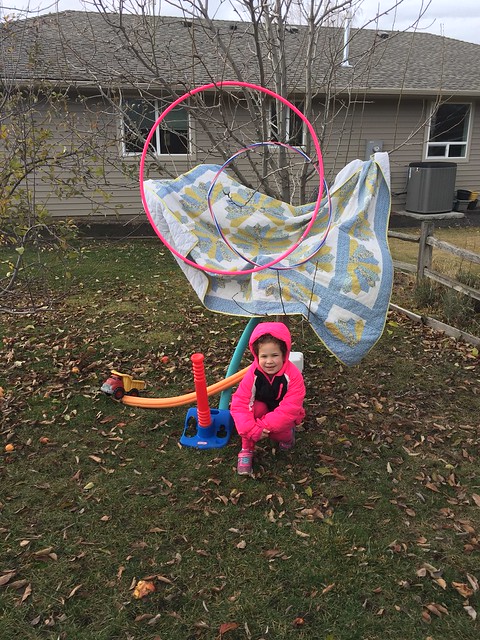 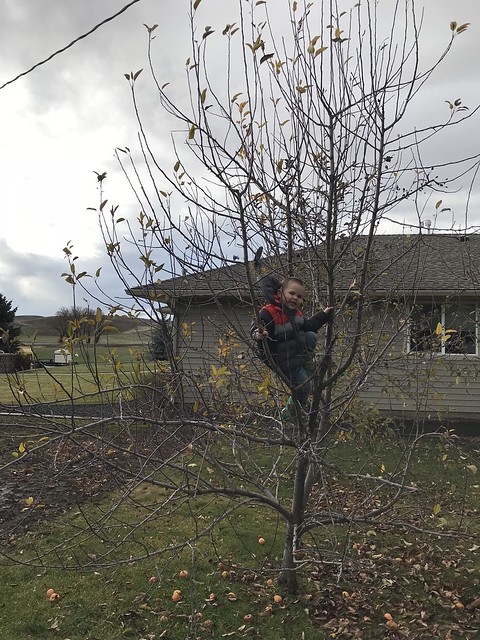 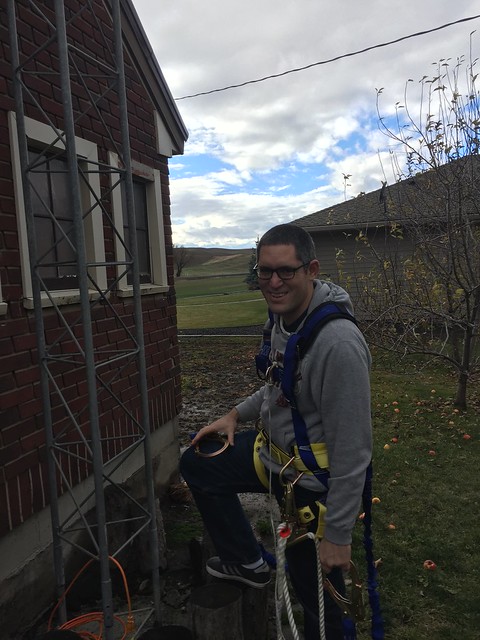 While we were hanging out, Daddy decided to get a jump start on decorating by hanging the Christmas star on his radio tower. 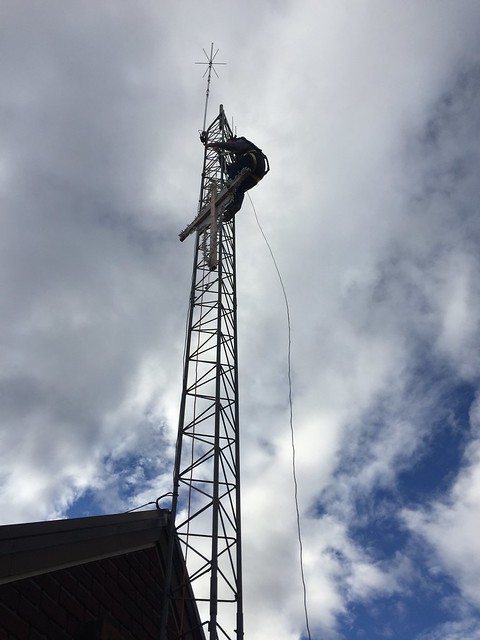 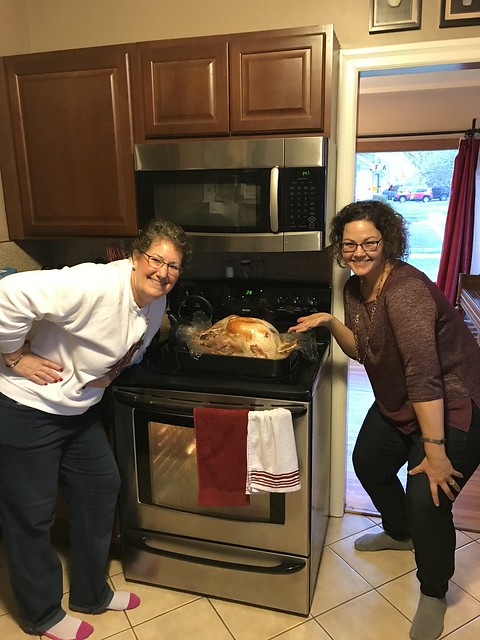 Mommy and Grandma did the turkey together, and it came out beautifully! 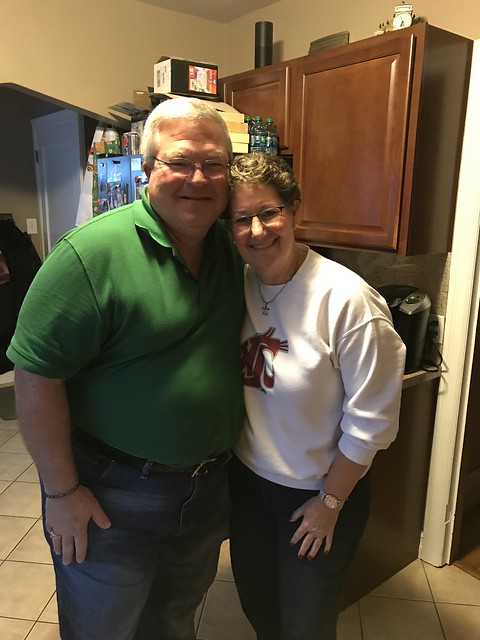 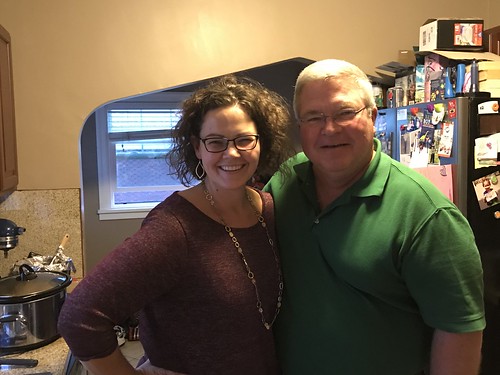 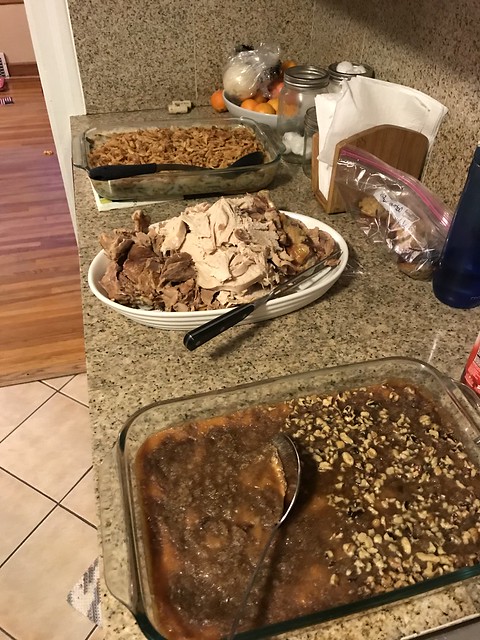 This is the only (and a little pathetic) picture Mommy got of the delicious food! There was turkey, sweet potatoes, green bean casserole, rolls, stuffing, mashed potatoes, cranberry sauce, gravy, and pies! 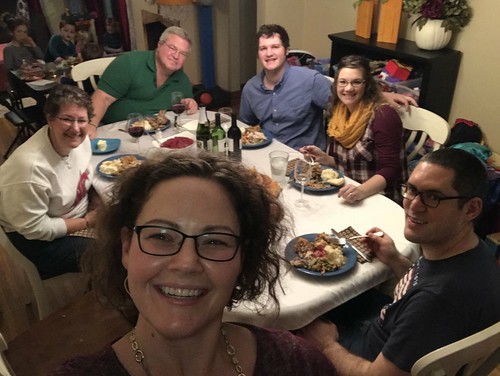 For dinner we had Alex and Kari (and their kids) join us! They didn’t have any family coming for Thanksgiving, so it was obvious that they had to join our Thanksgiving crew! 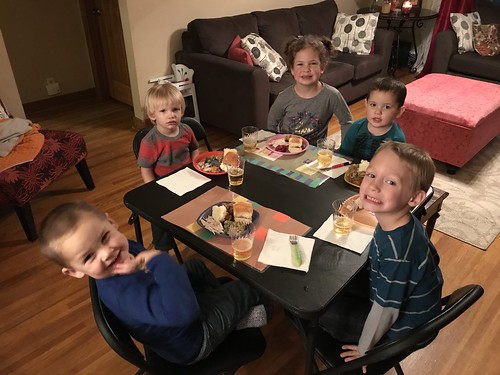 It was fun to have Connor and Rogan join us for dinner. 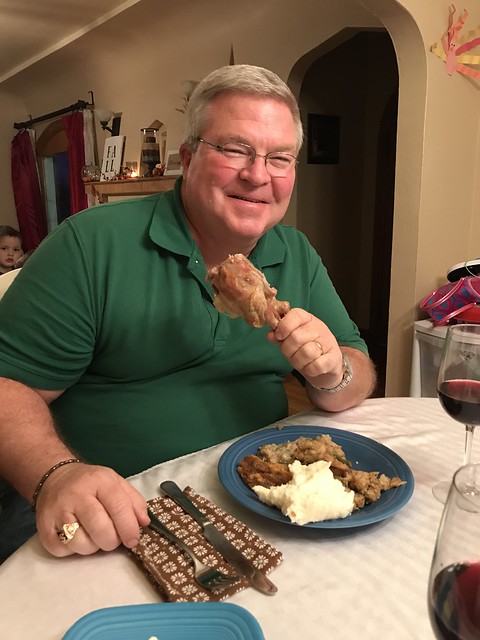 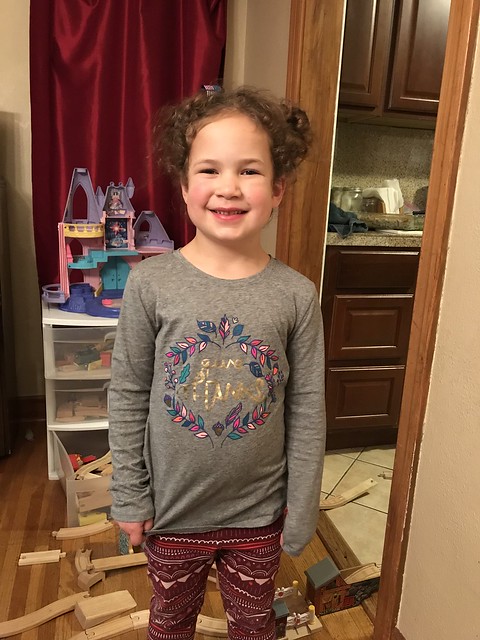 It’s hard to read, but I knew I had to wear my “give thanks” shirt for today! 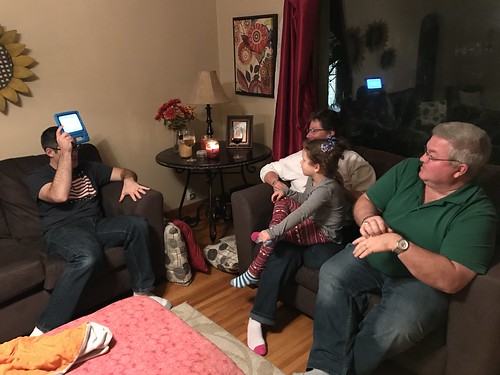 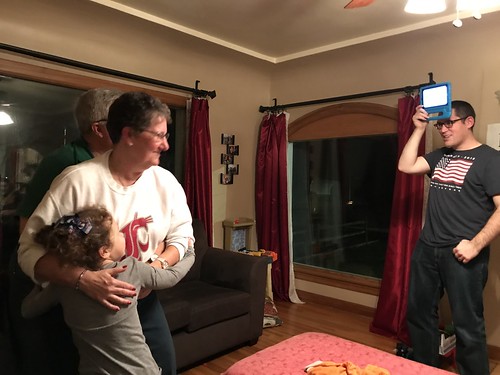 There are always lots of laughs with this game! 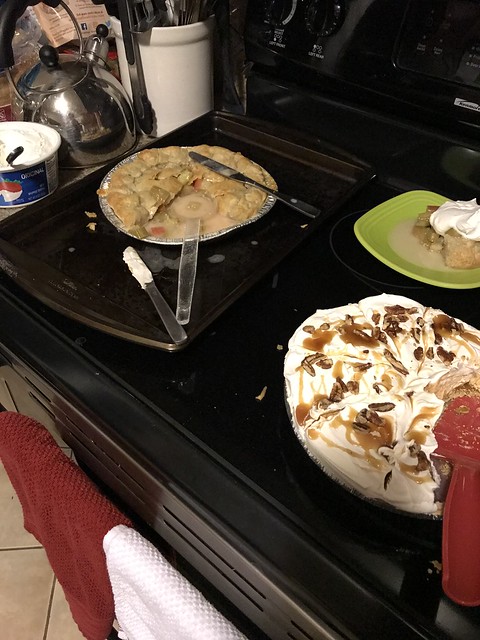 After games, we had some delicious pies! (But Mommy once again failed on the picture taking and only remembered to take a picture after slicing.) We had a pumpkin pie and a rhubarb pie! Yum!

After we said goodbye to our friends and brushed our teeth, we had a very close friend surprise us!!! We’re so glad he’s back!! 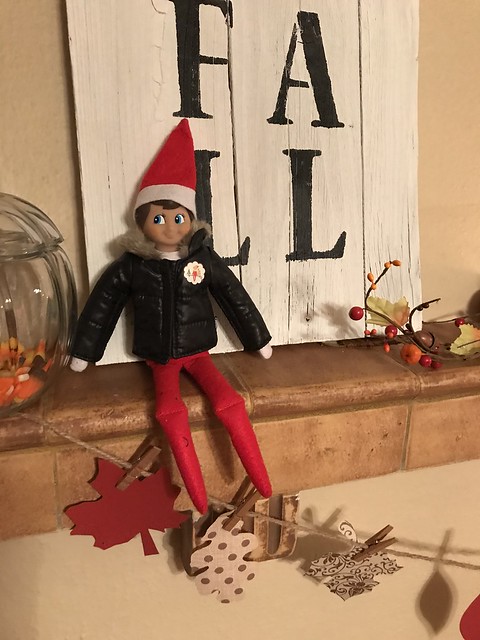 He was freezing cold to the touch. The North Pole must be very cold, so thank goodness he wore his jacket to stay warm. 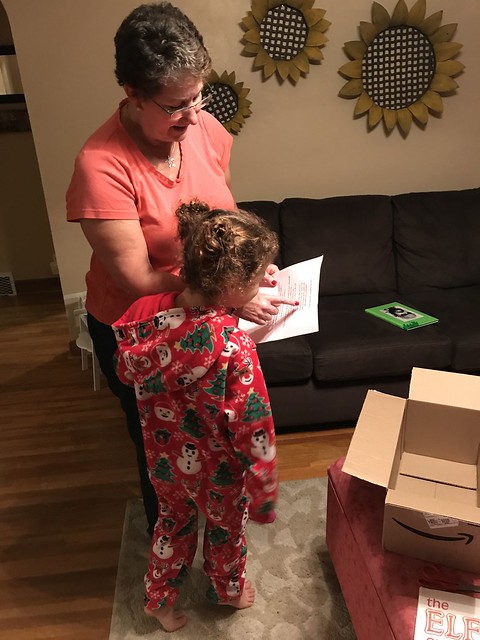 We read the note from Elf. 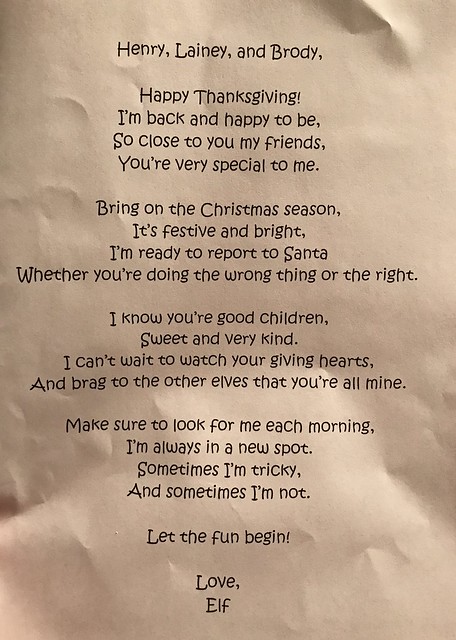 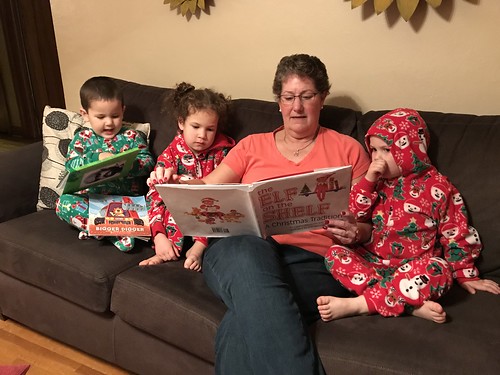 We got to read the book Elf brought with him. 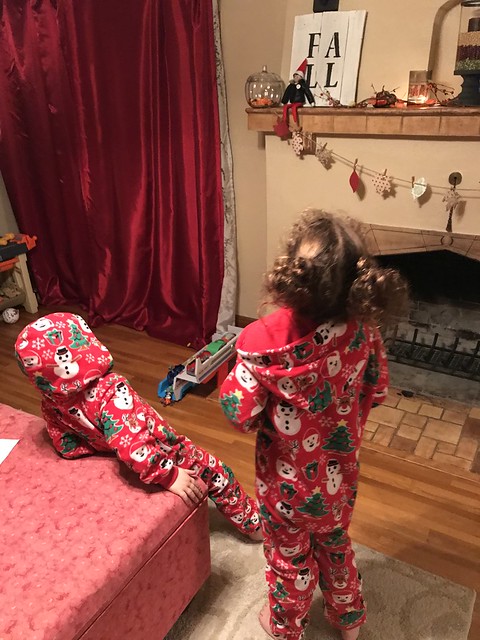 Henry and I ended the night by making sure to tell Elf what we wanted for Christmas so he could deliver the news to Santa. I would like a Hatchimal and Henry would like a Ninja Turtle lair.

Hope you all had a great Thanksgiving!