We had yet another fantastic weekend! 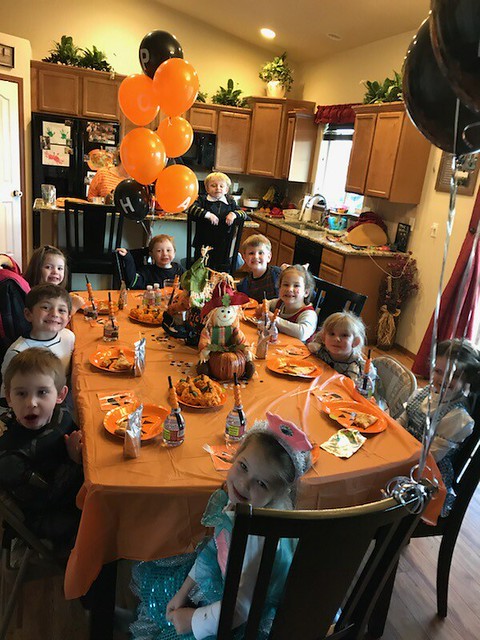 I kicked the weekend off with a bang by attending a Halloween party at Joseph’s house on Friday after school. He invited our entire kindergarten class to his house. Not everyone could come, but there was still a good turnout! 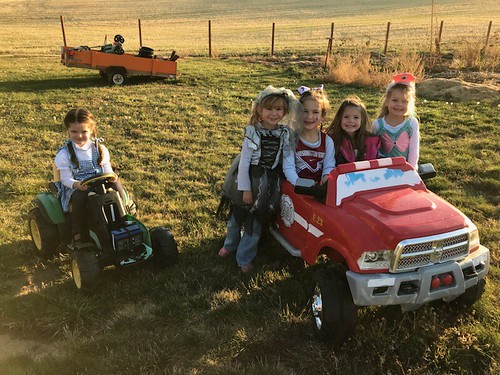 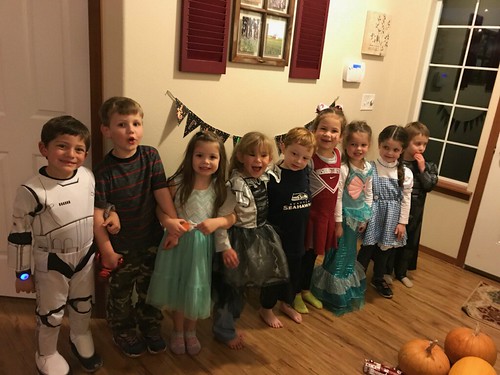 We left with a pumpkin and delicious treats! Thanks to Joseph, his mom, and his grandma for a great party! 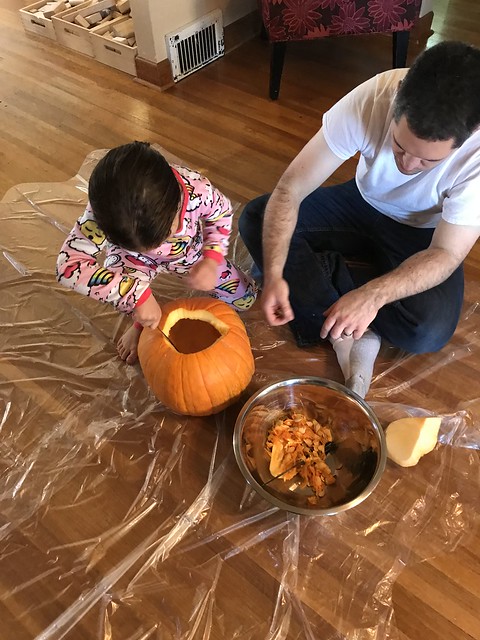 Saturday was filled with various errands and (LOTS) of leaf raking, but after that was all done, we got to carve pumpkins! 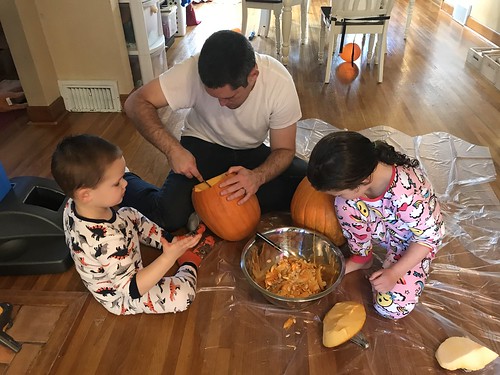 Daddy grew almost all of these pumpkins in our garden! Henry and I were much less grossed out by the pumpkin guts this year. 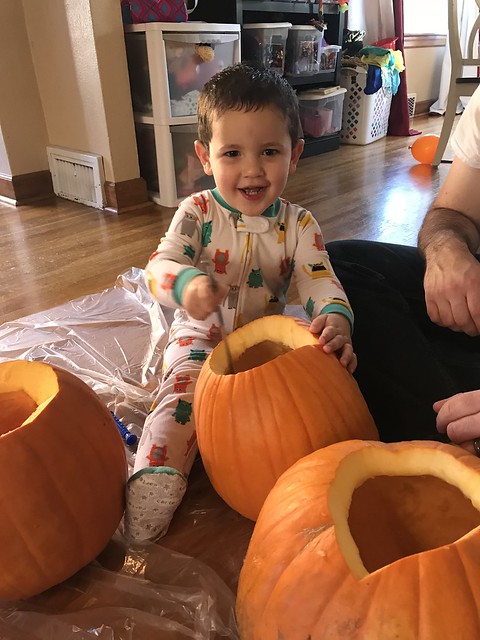 Even Brody helped with cleaning out his pumpkin. 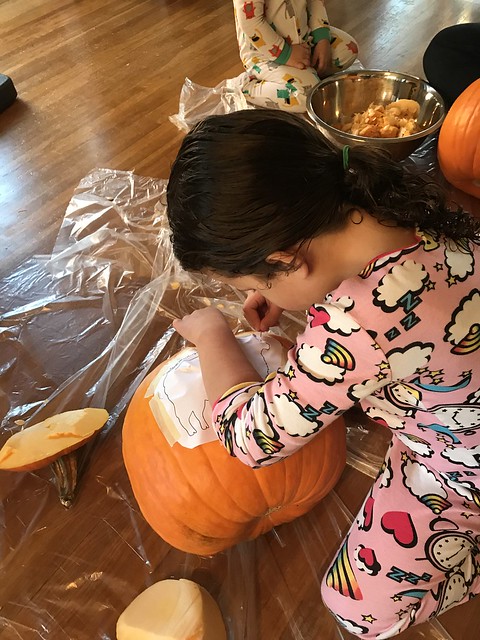 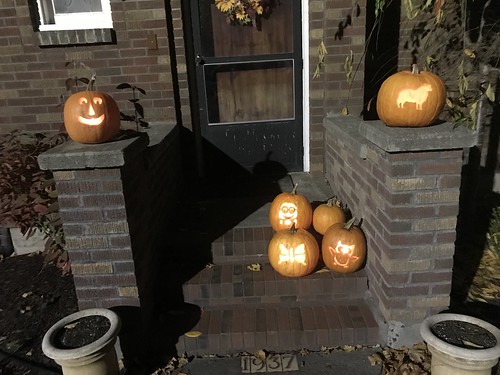 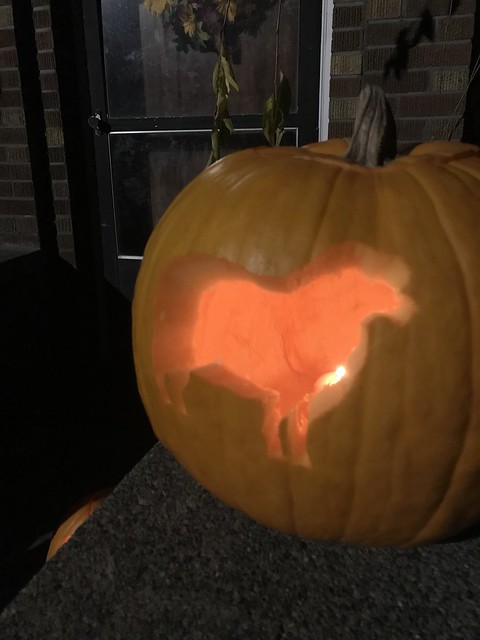 Here is how my sheep turned out! It’s perfect for my future as a sheep farmer. 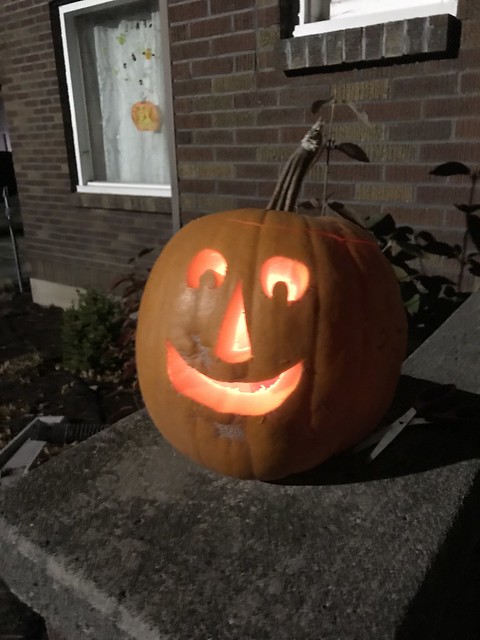 Daddy made a happy pumpkin. 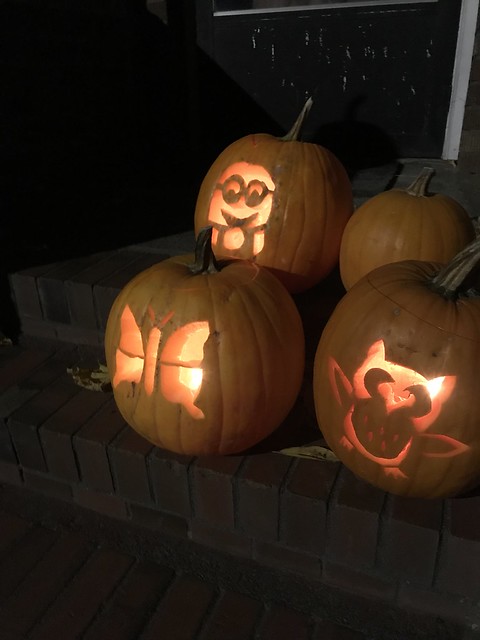 Mommy did the butterfly. Brody requested a minion. And Henry wanted an owl because he’s learning about nocturnal animals at preschool. (He also informed us that pumpkins are nocturnal since we light them at night.) 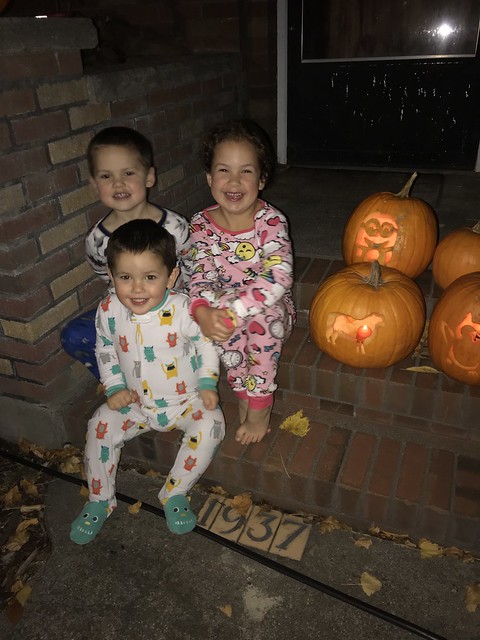 Proud of our pumpkins! 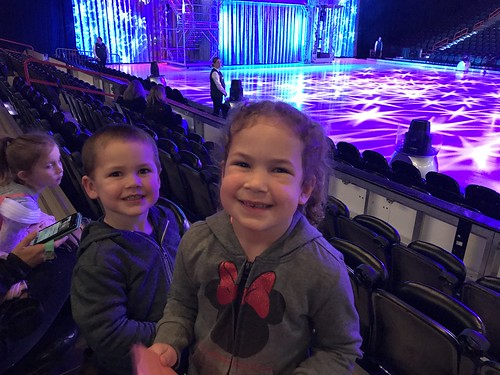 Joseph’s grandma was taking them to Disney on Ice on Sunday, and they had three extra tickets, so they gave them to us!!! 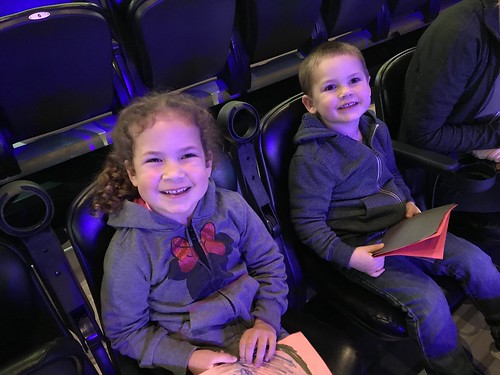 Henry and I got to have a special day with Mommy to go to the show in Spokane! 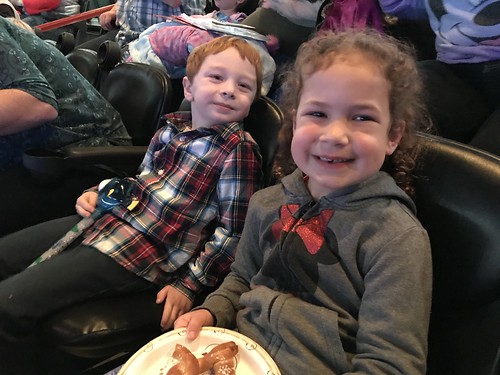 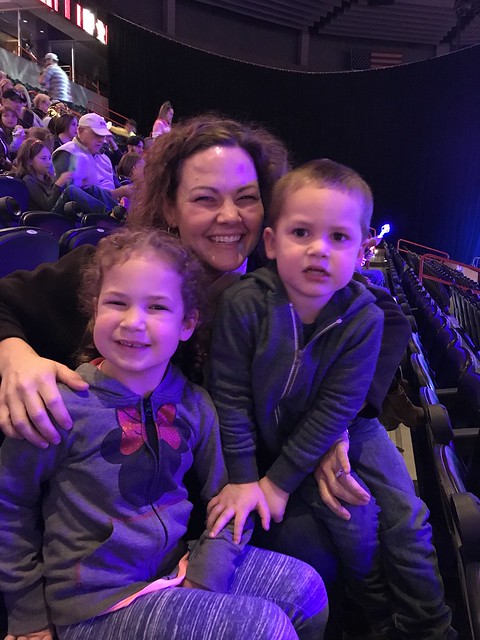 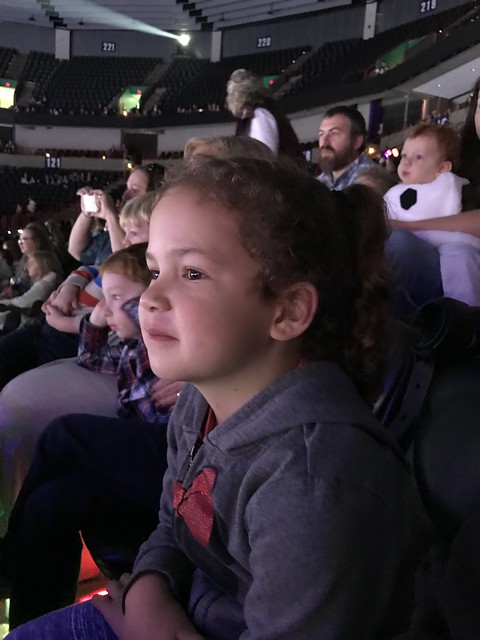 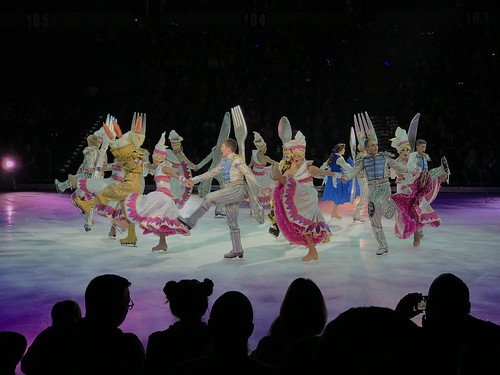 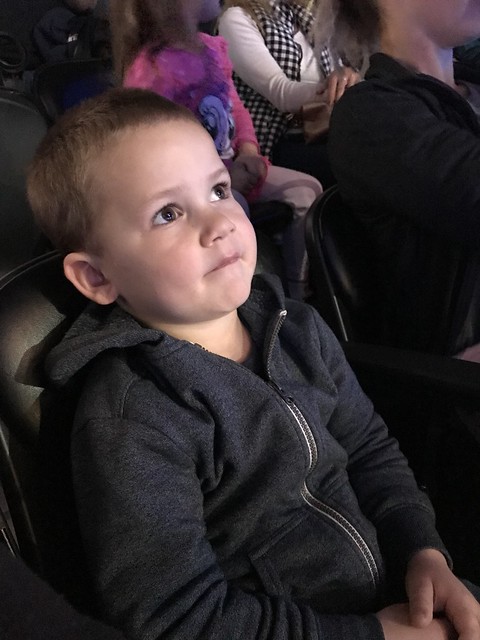 Henry was transfixed most of the show, and showed very little expression. 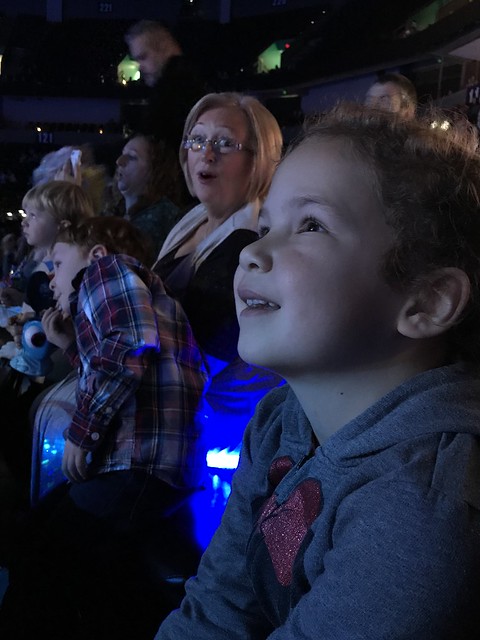 I showed my excitement throughout the show. 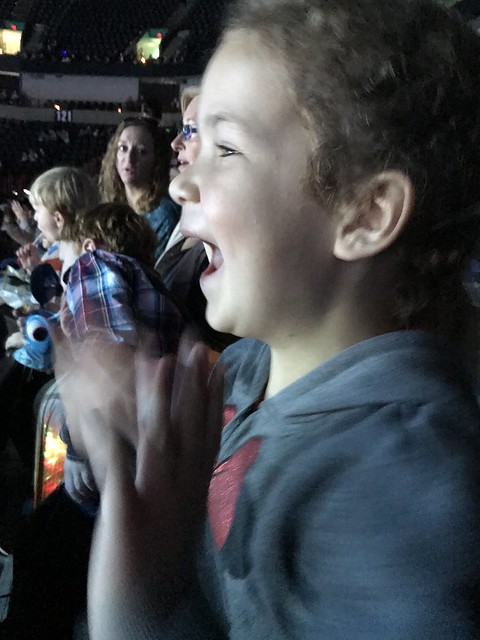 This is when Ariel came out!! I’d been waiting for her the entire show! 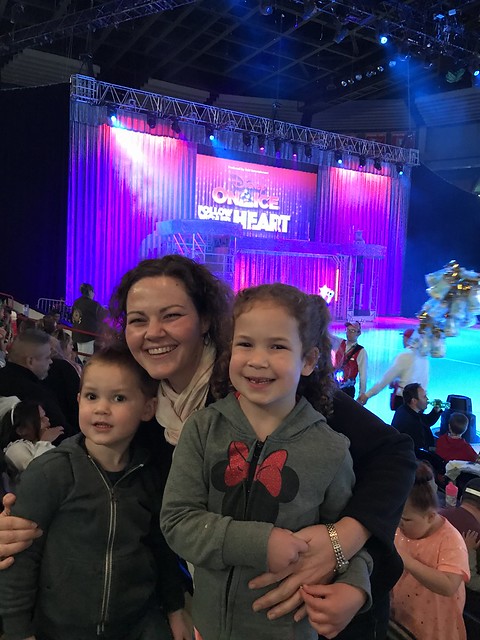 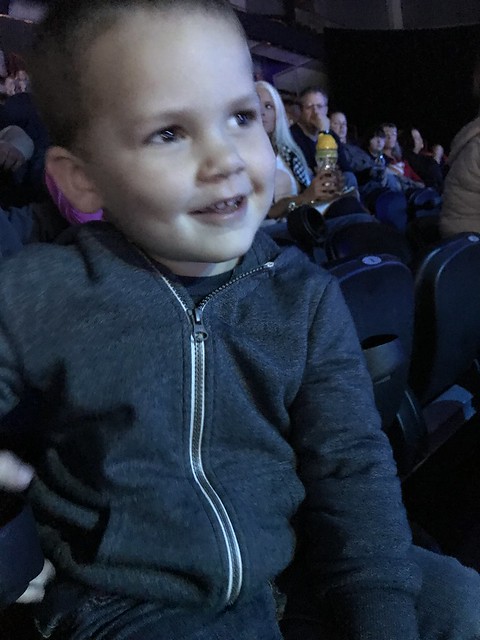 Henry had been waiting for Dory the whole night, and when she came out, this was the biggest reaction he had the entire show. 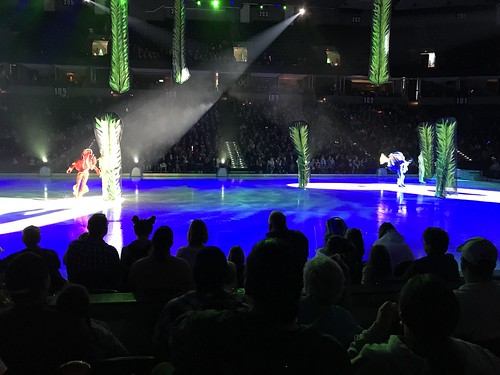 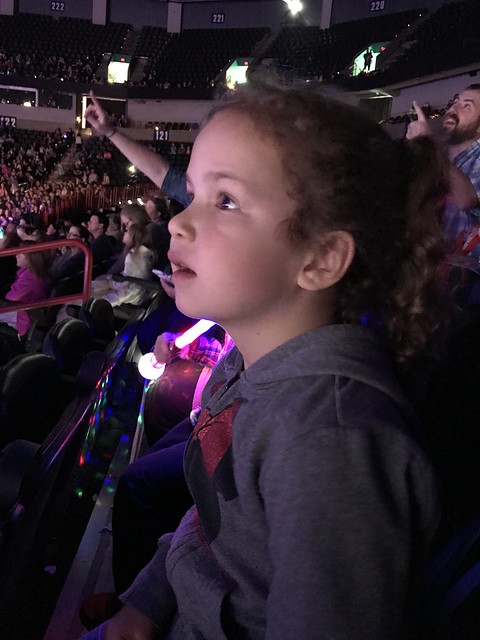 We were both amazed when it started snowing! INSIDE!! 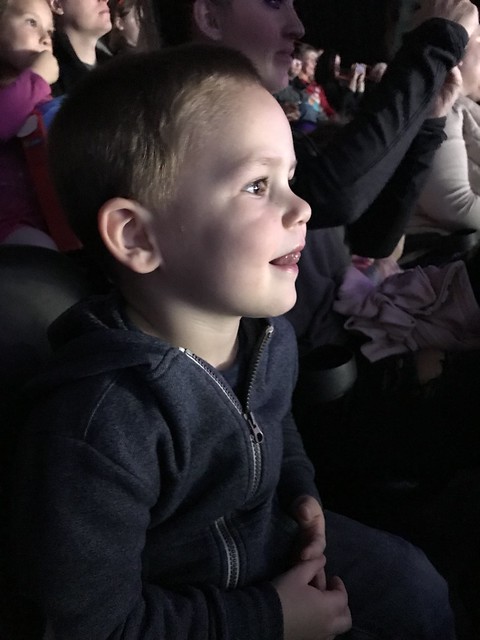 I loved singing along with the princesses. Here I am singing with Merida from “Brave.”

Here I am singing with Anna. Partway through the video you’ll see my excitement when I spot Elsa for the first time.

We ended the show with my favorite song from “Frozen.” Such a fun show, and we’re so grateful to Joseph’s grandma for giving us the tickets!! 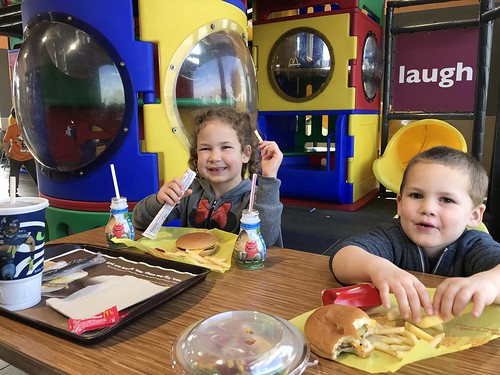 Mommy had great plans of taking us to lunch at a yummy restaurant in Spokane, but Henry was SO good by sitting still for two hours during Disney on Ice that he could barely walk in a straight line back to the car through the parking lot due to extra energy (picture lots of jumping, wiggling, hanging, bouncing), so Mommy opted for the easier/happier option of McDonald’s with the BEST PLAY PLACE EVER. 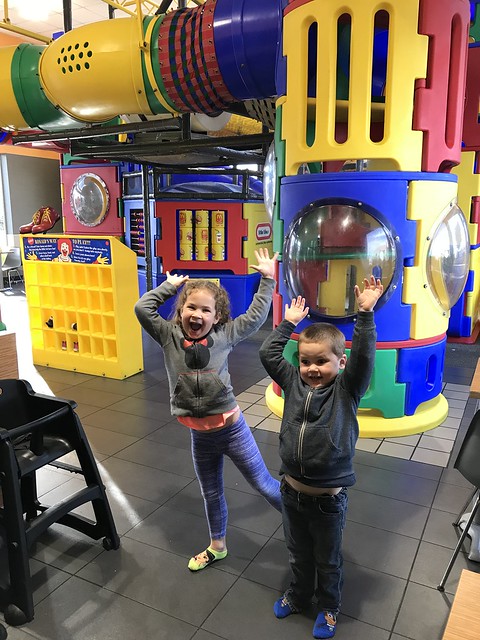 This play place excited us almost as much as Disney on Ice. A perfect end to our weekend!!