The Cougs had a BIG game against USC on Friday, so before I went to school, we put on all of our Cougar gear! 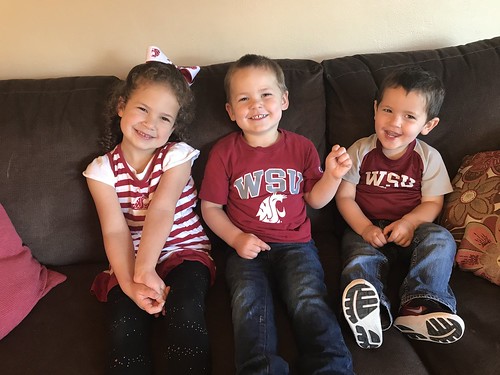 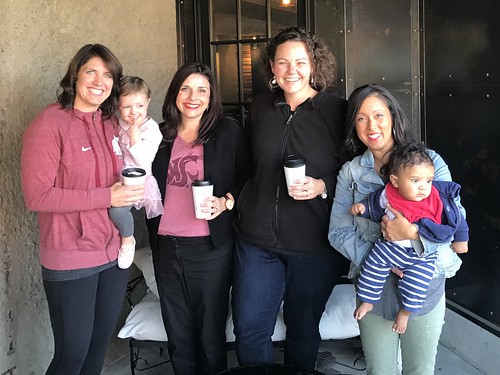 While I was at school, the boys went to play with a babysitter, and Mommy got to meet some sweet friends for coffee. 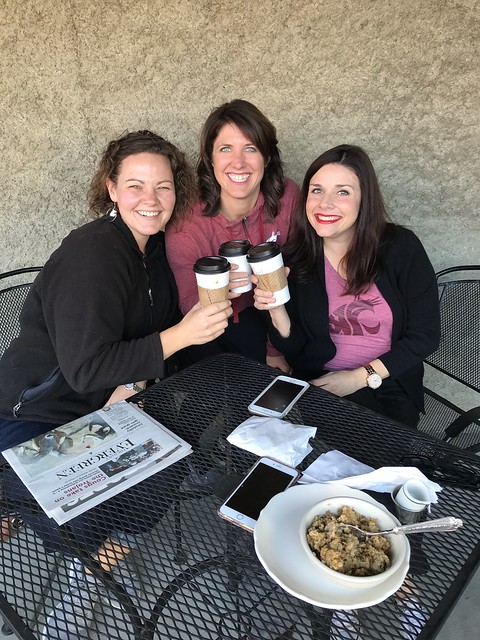 Not that Mommy ever needs an excuse to drink coffee, but Friday was National Coffee Day, so it was a perfect day for their coffee date! 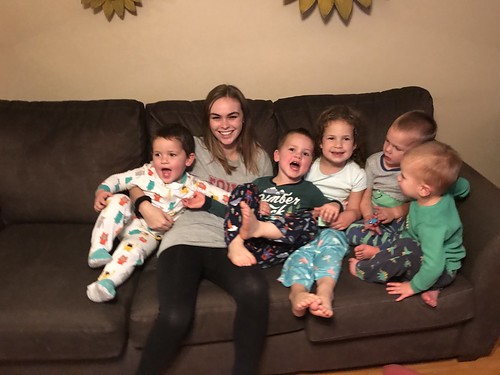 Mommy’s friends, Sam and Darcee, came from Montana with their boys, Oliver and Otis, for the weekend. Just a couple of hours after they arrived, the adults had to leave for the game, so Taylor (our SUPERSTAR babysitter) came to watch all five of us! 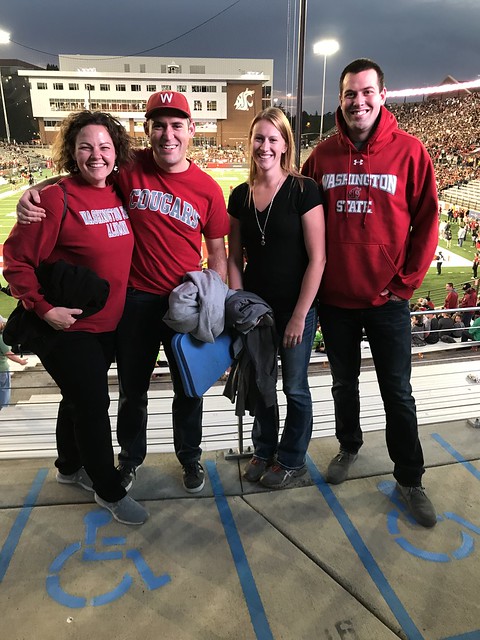 The adults arrived with nervous excitement for the biggest game of the season! 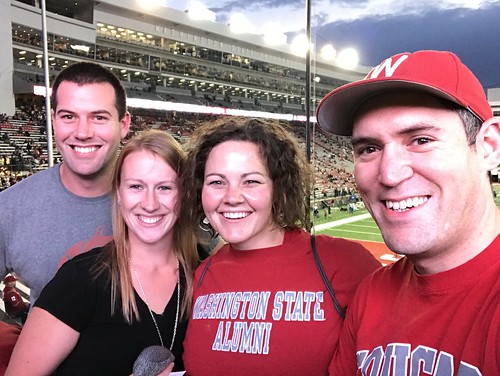 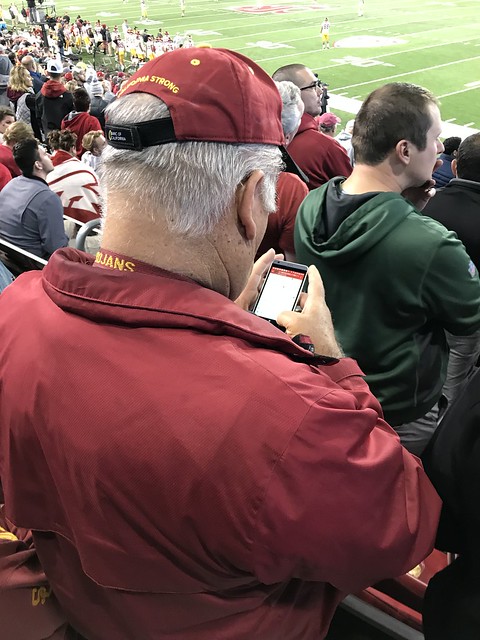 Mommy and Daddy had a USC fan in front of them, and they enjoyed reading his panicked texts to his friends. 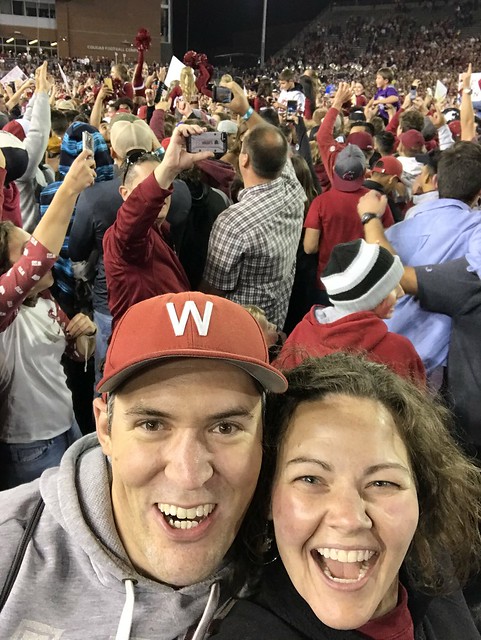 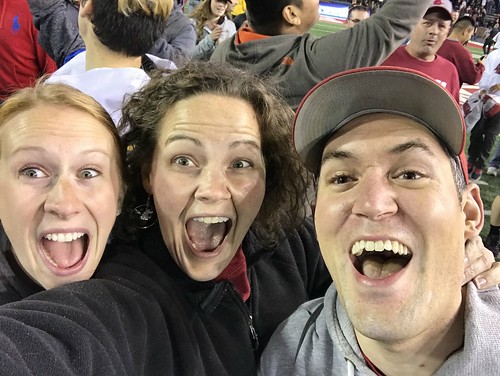 They have never heard the stadium get as loud as it did during this game! 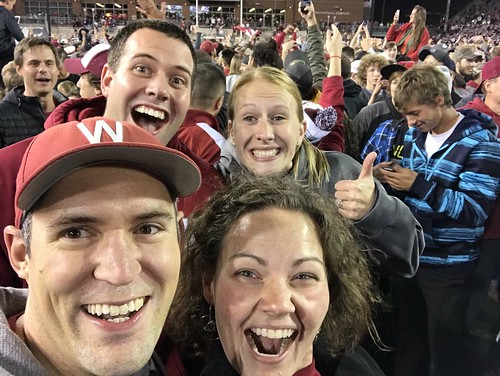 Words can’t begin to describe what it was like to be in the stadium for this game. 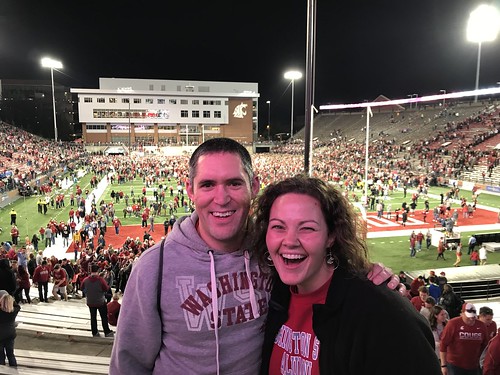 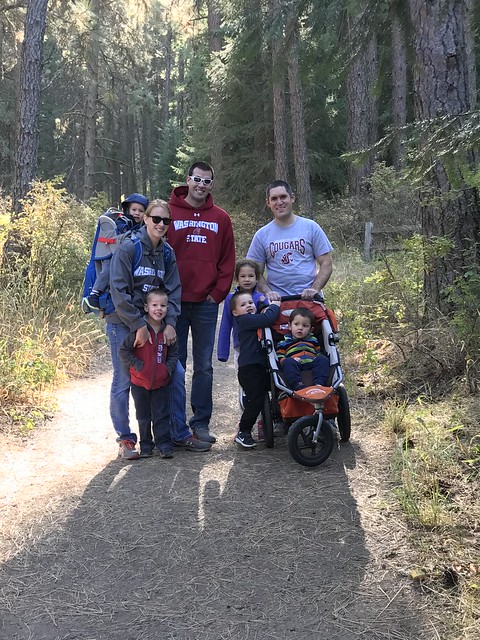 After we woke our parents up way too early the next morning, Daddy made french toast, and then we went to hike Kamiak Butte. 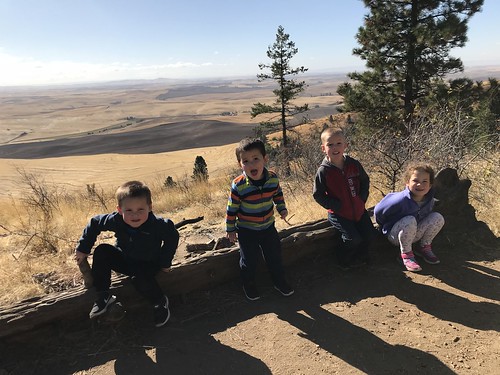 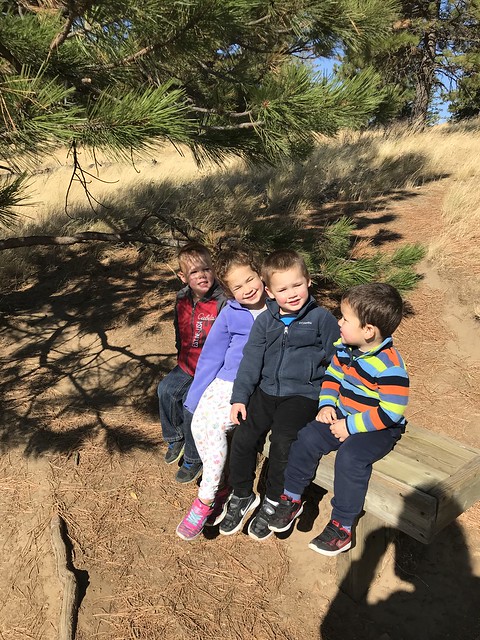 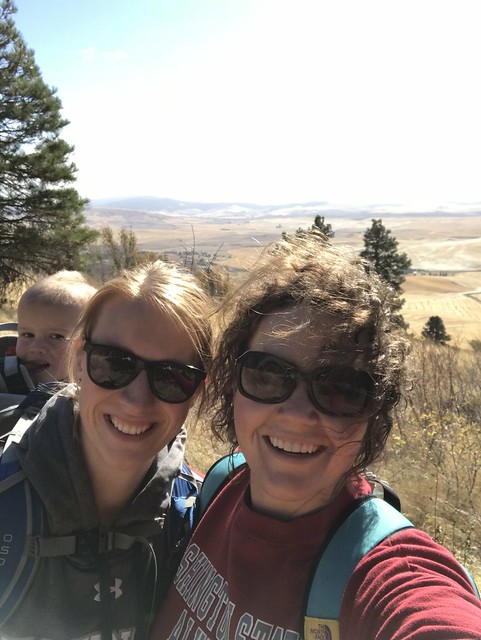 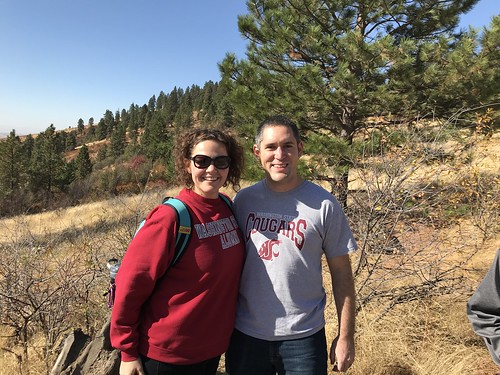 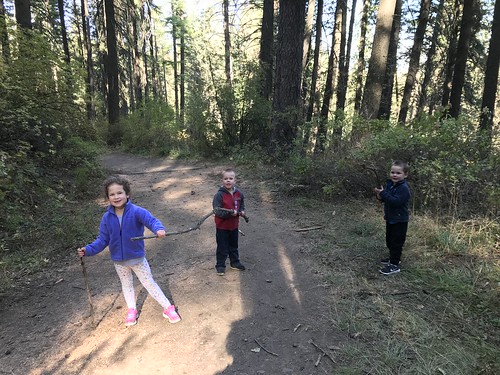 After just a couple minutes at the top of the butte, we were (nicely) kicked out by a guy who was waiting for his girlfriend to arrive so he could propose. I guess he doesn’t want the ambiance of screaming kids. Weird. 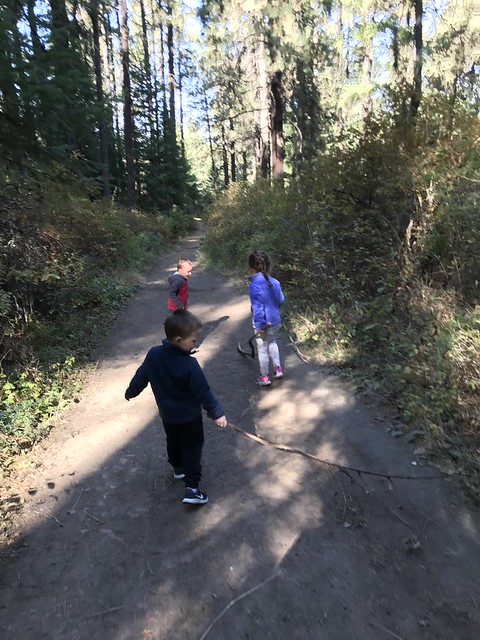 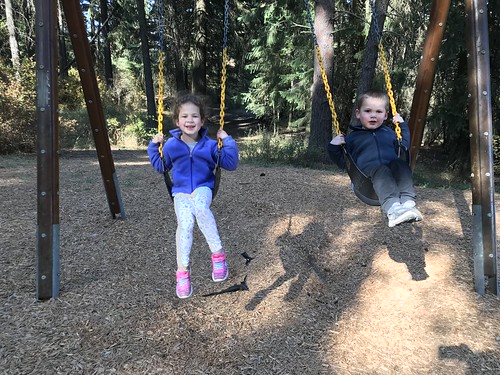 We hiked back down and played on the playground for awhile. 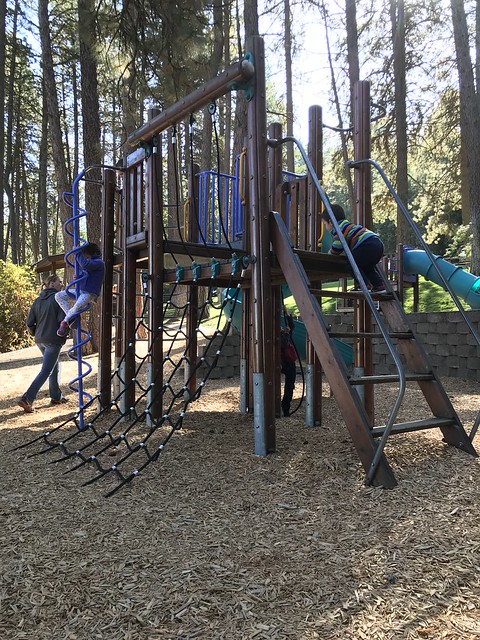 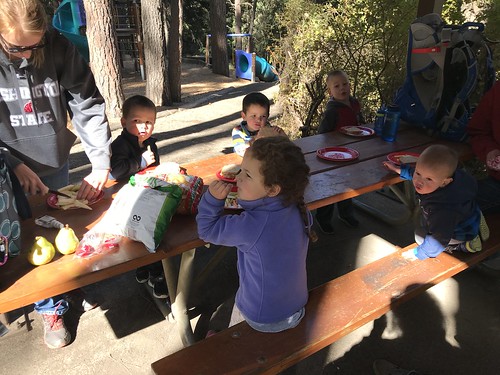 Then we had a picnic lunch! 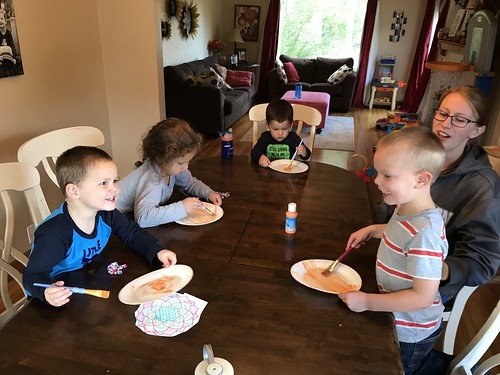 After we come home so the younger kids could naps (and the adults could fall asleep on the couch while watching football), we played games and did a pumpkin craft. 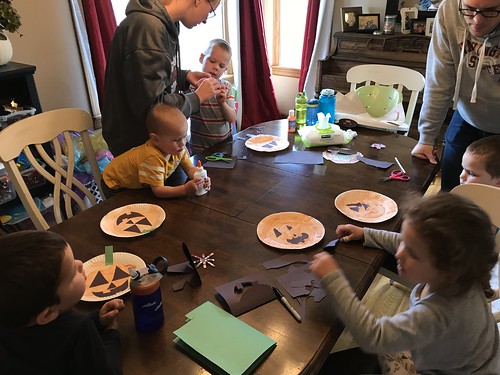 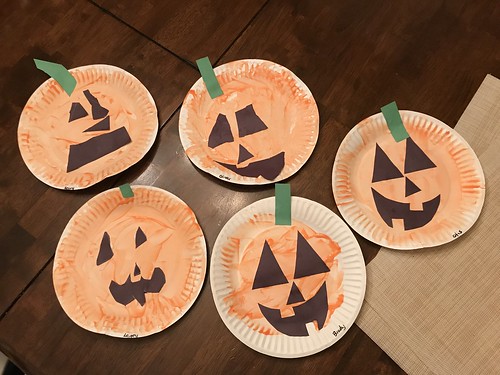 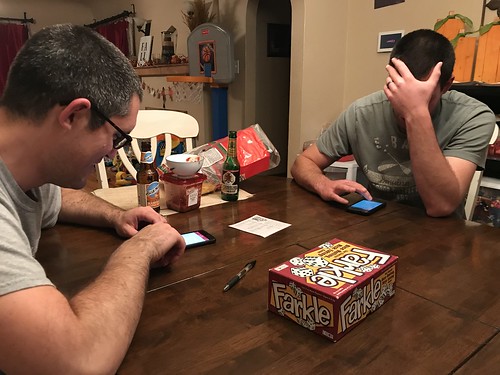 After we went to bed, the adults played a game, and then reviewed online stats to predict what WSU’s ranking would be when rankings came out on Sunday. (They didn’t think it would be as high as #11, so they were pleasantly surprised!) 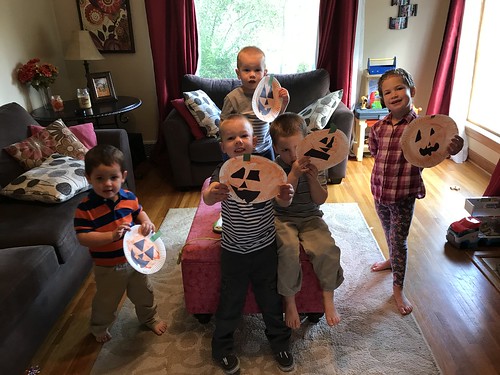 On Sunday morning, we got a picture with our pumpkins after eating some yummy pancakes. 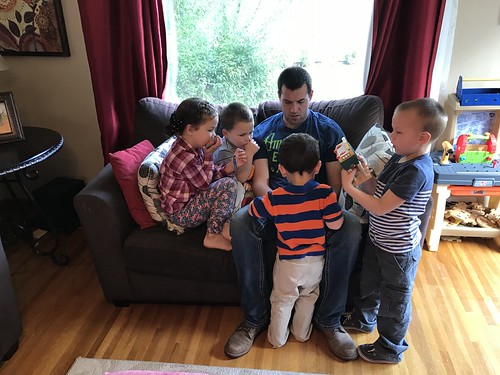 And then watched car races with Sam. 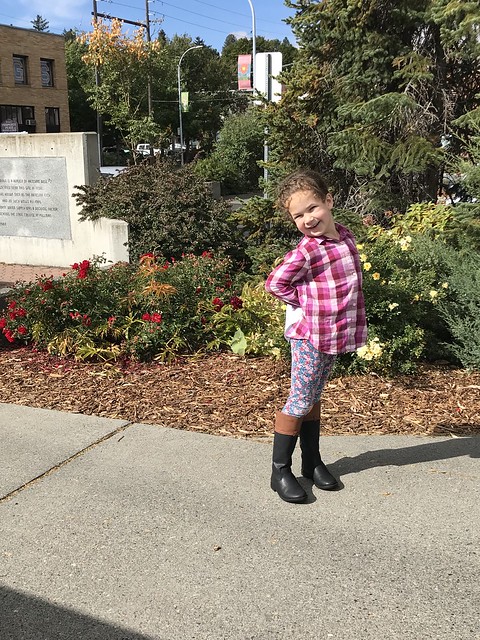 The Stricklers came to church with us, and then we went out for pizza for lunch. Mommy had to get this picture of me because I’m too darn cute. 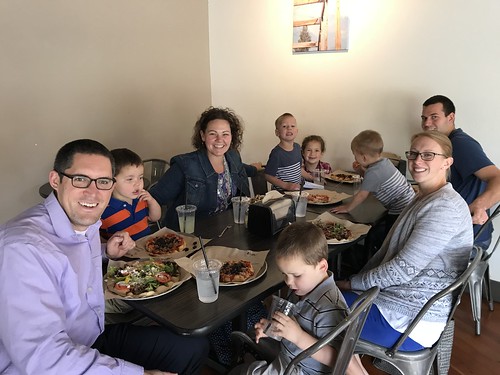 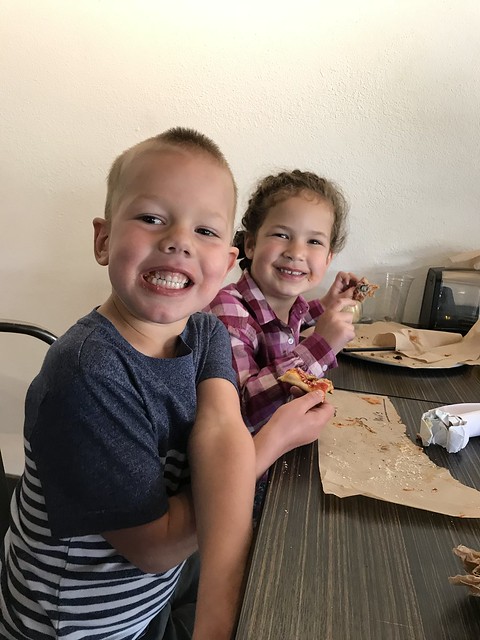 We already miss Oliver and Otis! We can’t wait to see the Stricklers again. We love you guys!