We’re down to just a couple weeks left of summer! Unfortunately we’ve had a very bad wildfire season, so the smoke in our area is quite bad. This has somewhat limited our outdoor activity, but we’re finding ways to entertain ourselves. 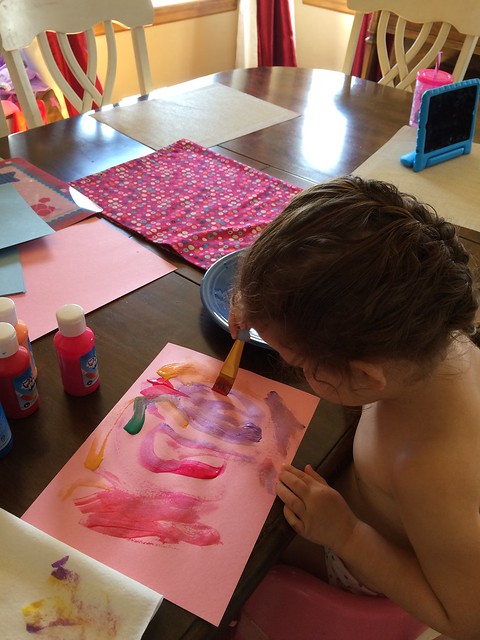 I love painting! I could do this all day. 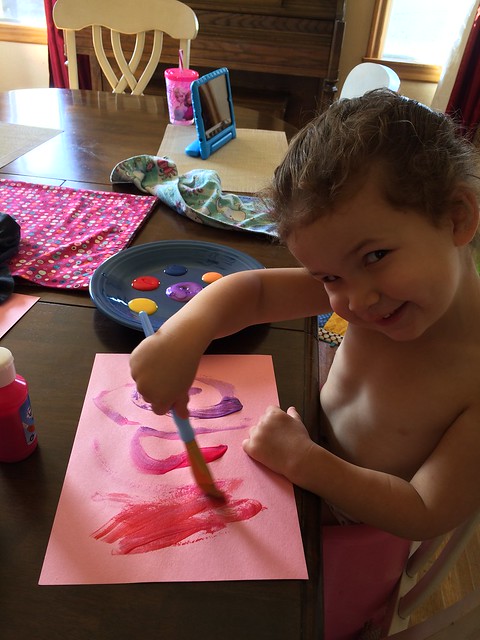 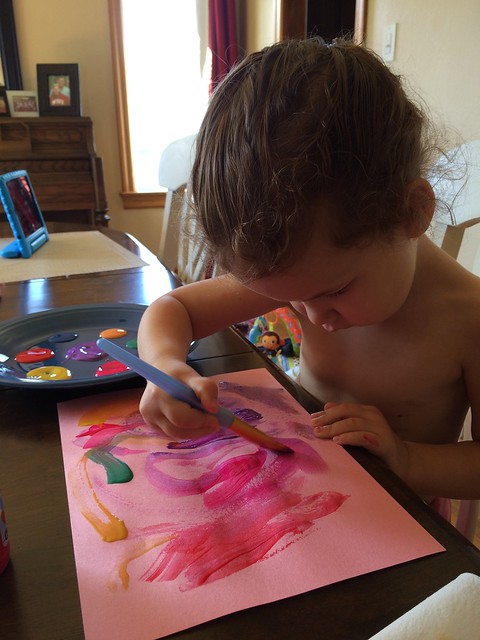 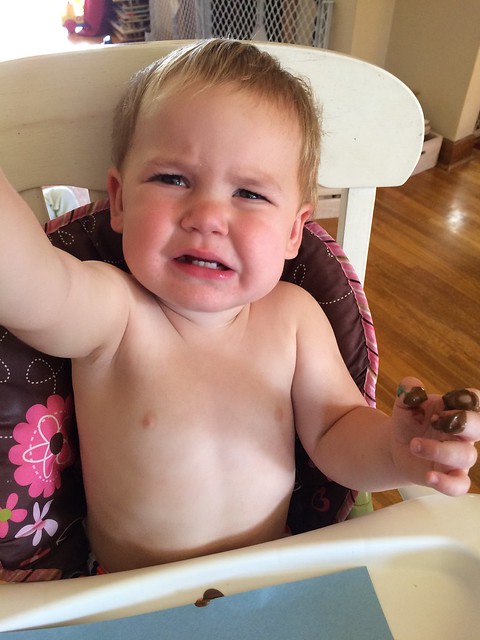 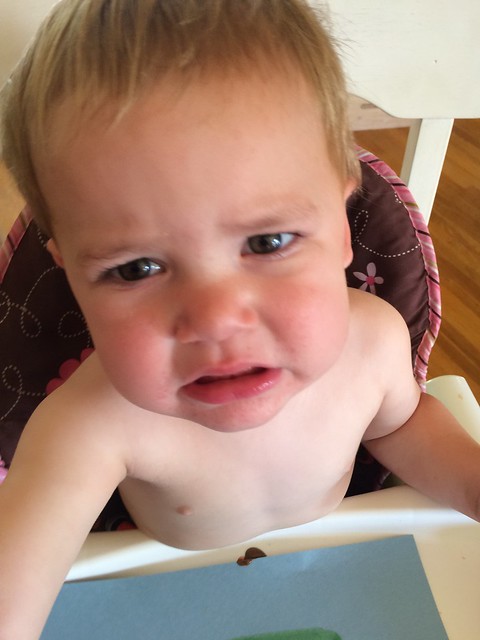 Poor kid. It was pretty mean of Mommy to make him do a craft. She’s the worst. 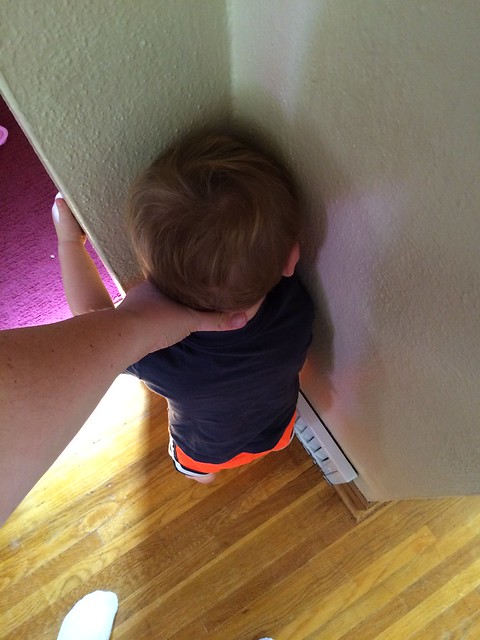 Henry has reached a difficult age that requires timeout. A lot of timeouts. And since he won’t stay there on his own, Mommy spends a lot of her day like this. 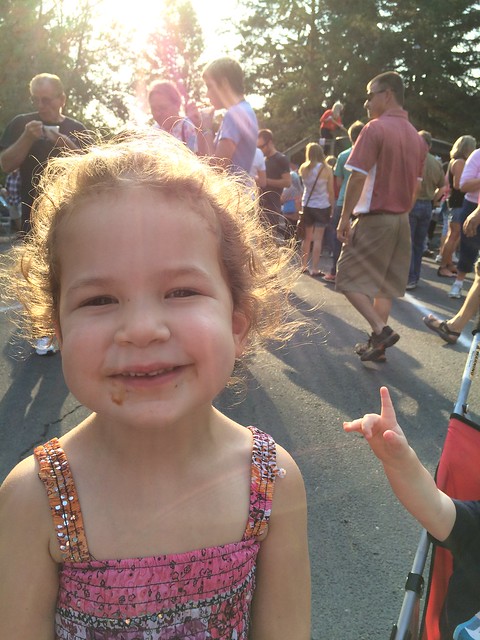 We had a short break from the smoke, and it was perfectly timed with Lentil Festival! I tried the Lentil Chili, and I loved it so much that I decided to save some for later. 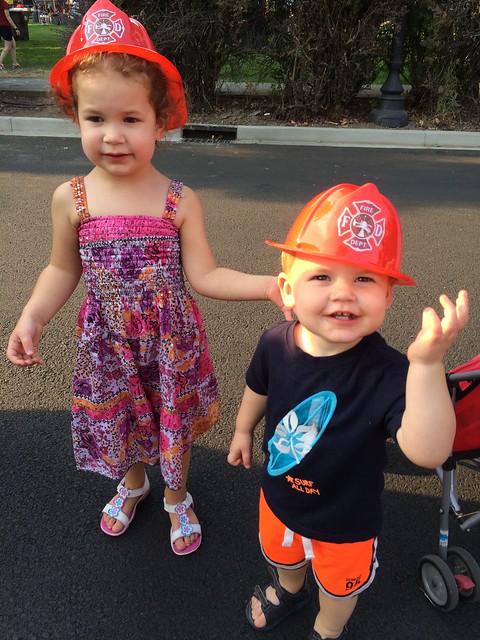 The firefighters gave us some neat hats! 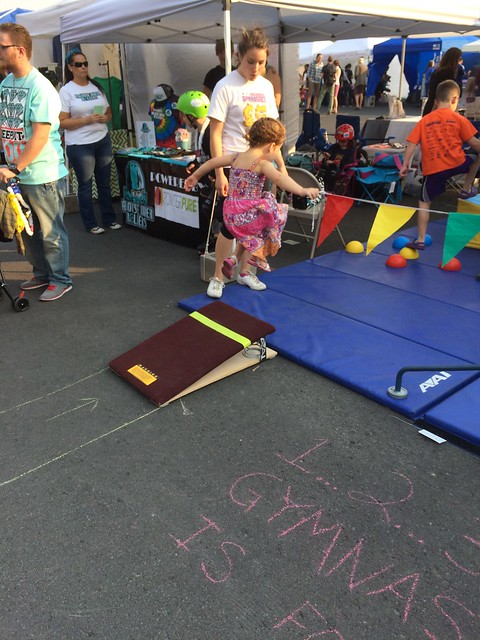 I tested out a fun gymnastics course. 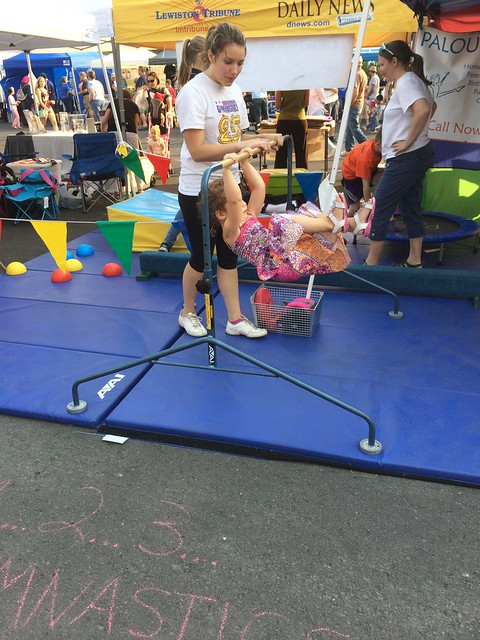 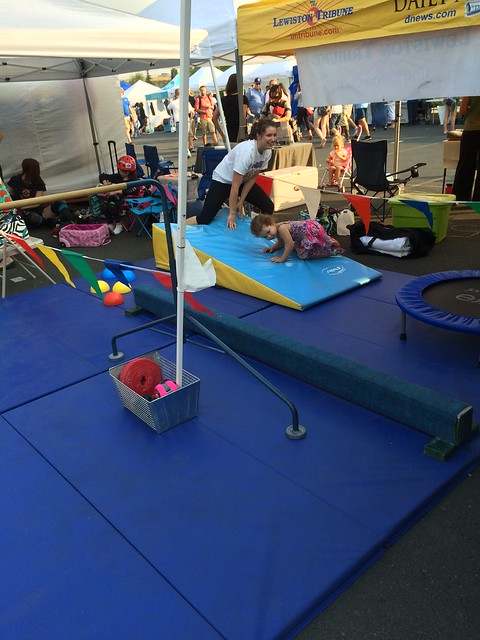 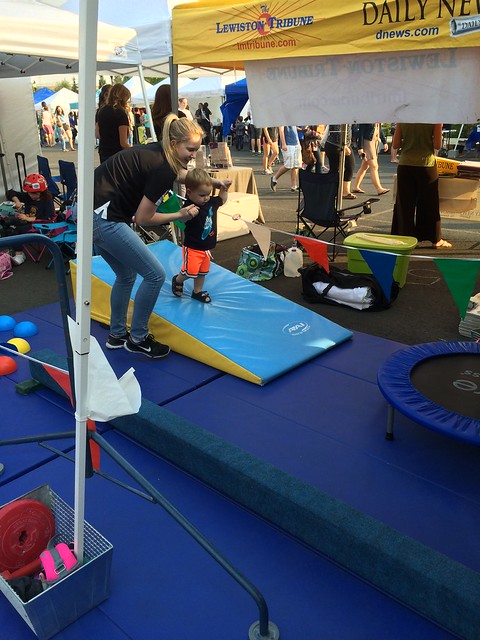 Henry even gave it a try, but he insisted on walking down the ramp. Whatever floats your boat, Henry. 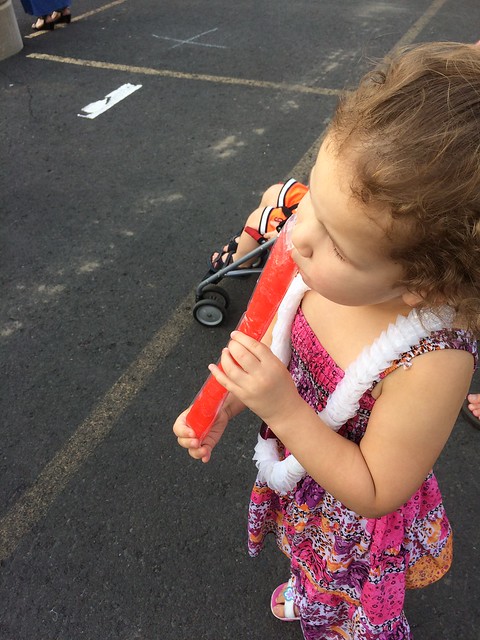 I’m still trying to get the hang of these Otter Pops. There was so much deliciousness, but I couldn’t quite get to it! 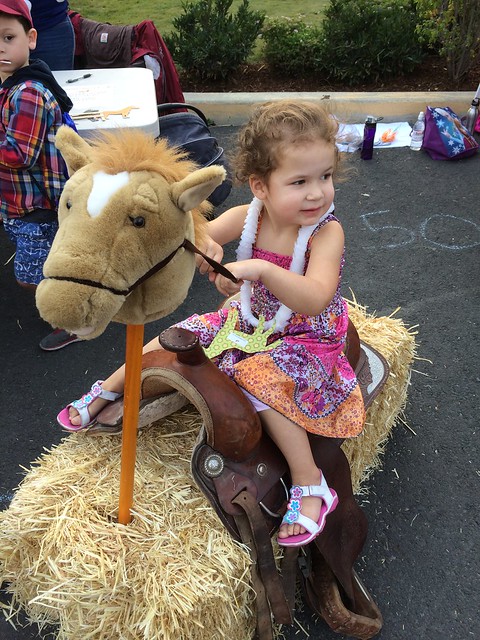 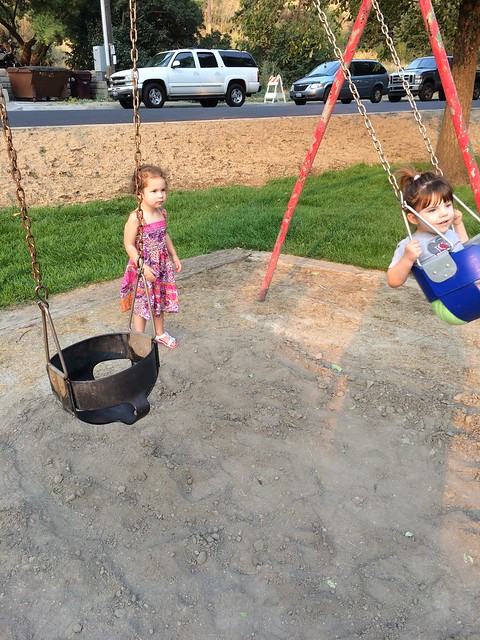 I found Mya at the Lentil Festival, and she let me push her in the swing. 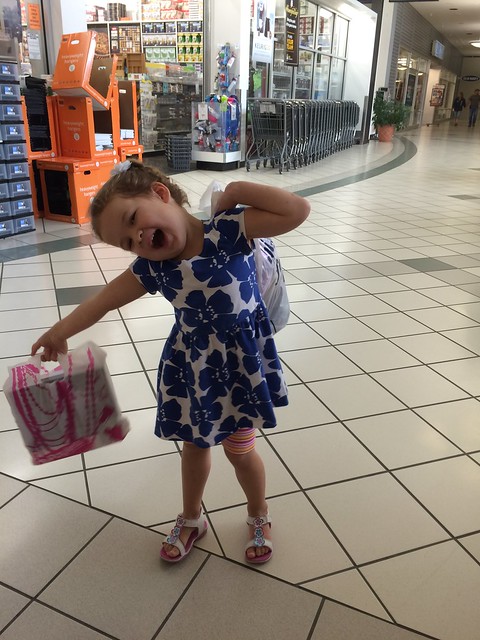 We woke up the next morning to go to the Lentil Festival Parade, but were very disappointed to find that the smoke had returned. Since young kids aren’t supposed to be in the smoke, we decided to go to the mall. Although I was disappointed at first about missing the parade, I quickly realized that it was okay because I LOVE shopping! 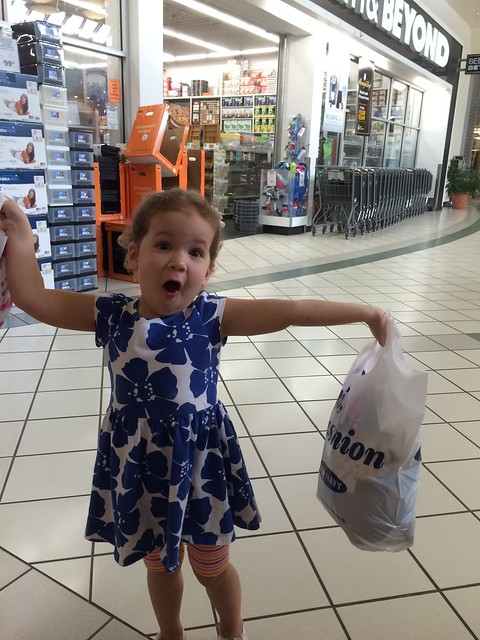 You won’t believe the cute dresses that I bought! 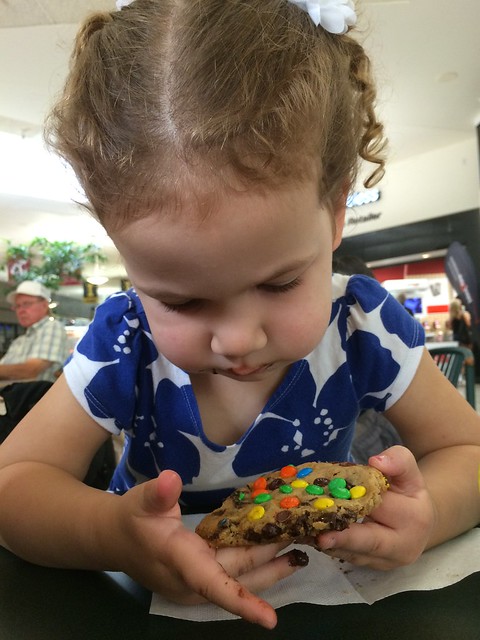 Since we were very well behaved through the mall, we got a cookie treat. 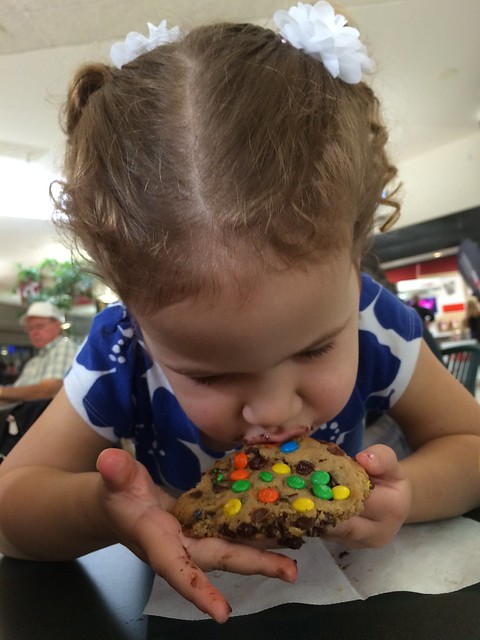 Sometimes you just have to use two hands to eat a cookie. 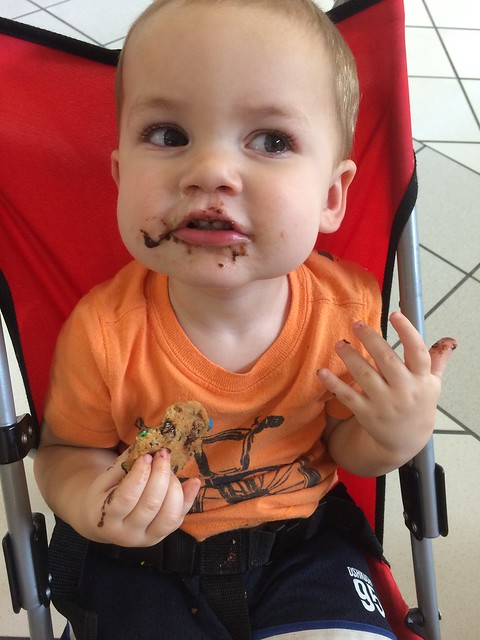 “Is there something on my face?” 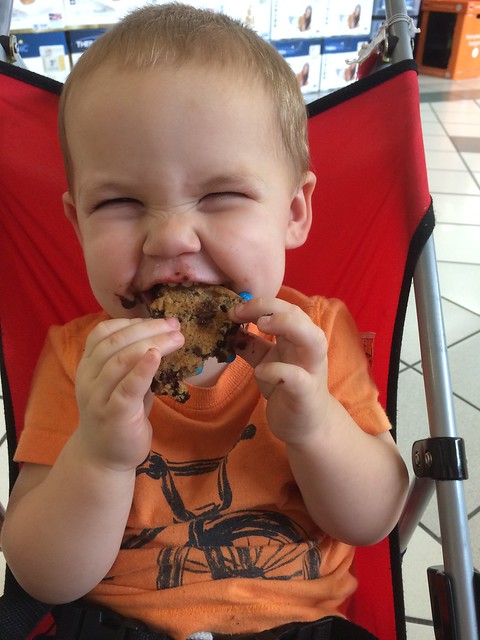 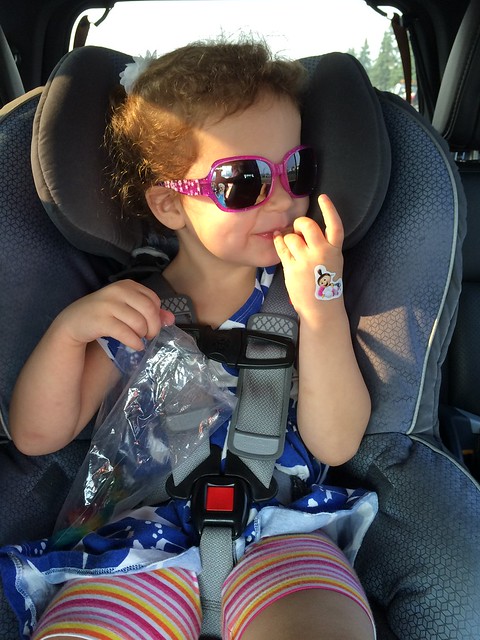 Later that day we had a girls’ trip to the grocery store! I got to pick out a few gummy worms to eat on the way home. 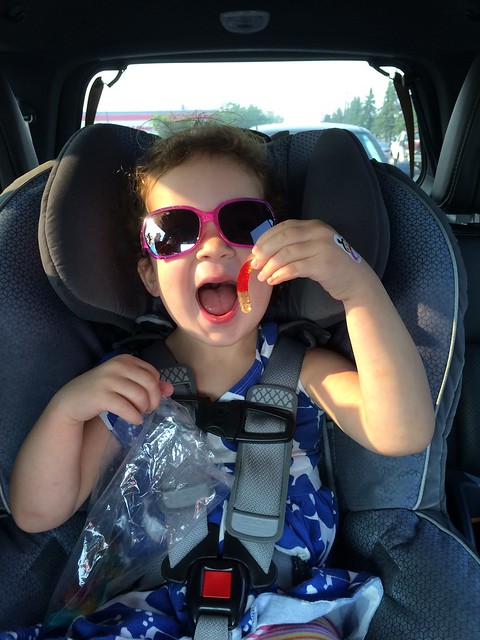 Two treats in one day?! Mommy must be losing her mind (but that’s okay with me). 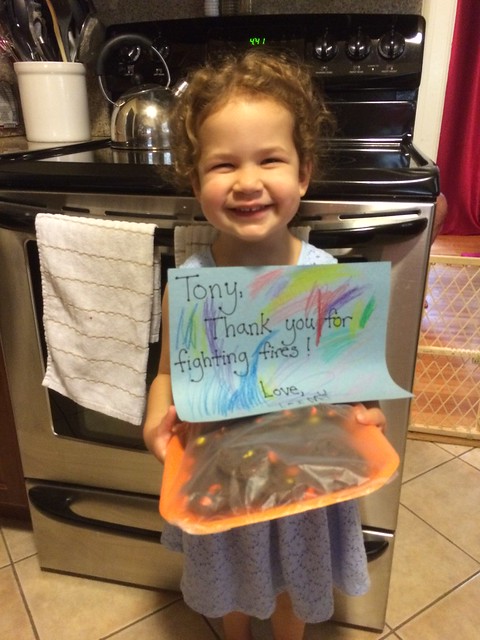 Our neighbor, Tony, has been fighting wildfires, which is an exhausting and dangerous job. He came home recently, so I wanted to bring him cookies to thank him for all of his hard work. 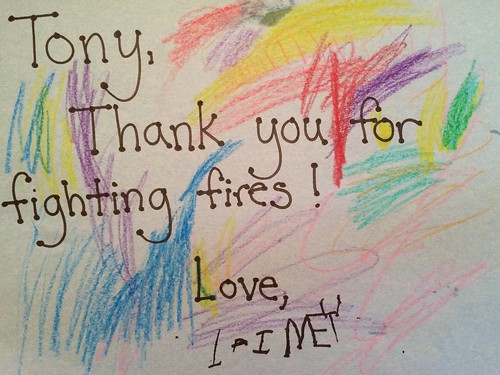 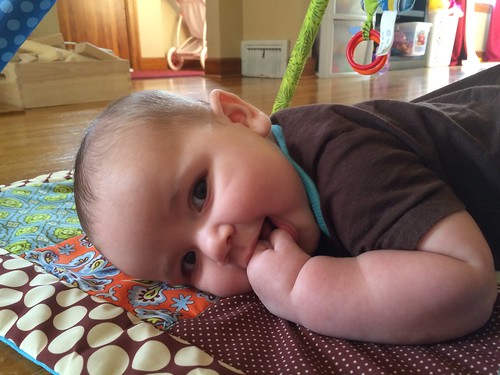 Brody is getting so big! What a cute guy! 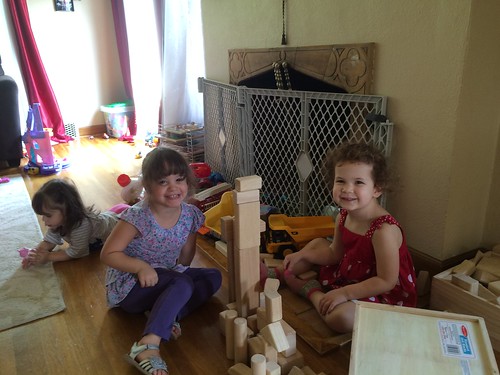 We’ve been having friends over for play dates to prevent us from going too stir crazy inside! My friend, Aesy, and I built some amazing towers out of blocks.

I’ll leave you with a cute video of Brody. He loves pat-a-cake right now. When Mommy attempts this while we’re awake, though, it’s nearly impossible with all of us fighting to do pat-a-cake for him at the same time. This video was taken while Henry and I were sound asleep!